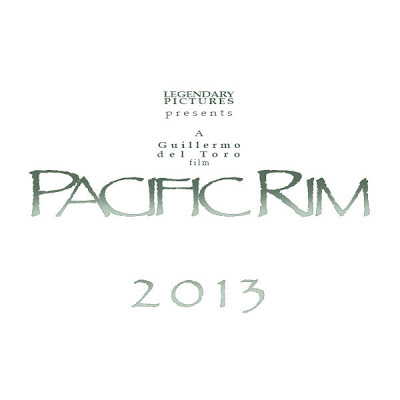 So Legendary Pictures made it official about Guillermo del Toro directing their big, monster film...

Hours after it was revealed that Universal had passed on "At the Mountains of Madness" and Del Toro was likely to be filming "Pacific Rim," this press release was issued:

Legendary Pictures announced today that Guillermo del Toro is directing the company's upcoming feature, Pacific Rim, confirmed as his next film. The film has already entered pre-production and will begin principal photography in September 2011. Pacific Rim will be released during summer 2013 and will be produced by Thomas Tull and Jon Jashni for Legendary Pictures and Guillermo del Toro.

Stated Guillermo del Toro: "We started developing PAC RIM a while ago with the mad passion and enthusiasm of a project unwatched and unchecked by politics or comparisons. We designed and shepherded the movie we want to make. We start shooting in September and we hit the ground running because we are so in sync. My partnership with Legendary represents, both in scale and creative demands, a huge step forward for me."

It's difficult to believe that the last film he directed was in 2008 with "Hellboy 2." The long, gestating "The Hobbit" ate a great deal of time from his already busy schedule, and for the better part of the last year he's been working on ATMOM. And all he has to show for it are a couple of rejection notices. Well, that's not really the case. He has a great script, impressive FX and models as well as a commitment from Tom Cruise to do it a little later, and I have a feeling that it still may see the light of day a few years down the line. But right now he's prepping "Pacific Rim" for a 2013 release. Again, no word yet on his re-imagining of "The Haunted Mansion" film/attraction, but his love for it should carry it though, although not as a director, but just as a producer/co-writer.

We should start to hear casting/story/location details about GDT's Rim by summer, Mansion is another story...
Posted by Honor Hunter at 2:20 PM

When did this turn into Bluesky Del Toro?

Right after it stopped being Blue Skywalker Disney.

Must not be anymore Star Wars news for Honor to publish.

I hope we hear some Haunted Mansion news soon. I really am looking forward to that. Bummed that GDT isn't actually directing it though.

Man, I hadn't heard Mountains of Madness got canceled. That's depressing news. I was really looking forward to that one. So that's 3 del Toro projects I've wanted to see that have been canceled now. Dammit, Hollywood - stop churning out crap like the latest Sandler/Aniston vehicle and start funding an actual good filmmaker.

If Disney really wants him to direct HM they should just wait for him. They've let projects like Jungle Cruise and Lone Ranger sit for a few years while they develop, no reason the can't do it with HM. Seems like live-action side of the studio has alot of balls in the air and I'll be curious to see where they all land. They've been pretty quiet about what's coming up. Magic Kingdom, Jungle Cruise, Haunted Mansion, Lone Ranger, Oz, Pirates 5&6. All of those are in development but none of them have release dates.

So you know, Honor, I like it when you do posts on topics other than Disney. For example, I'd never know what's going on with Del Toro otherwise. Now I do. Even if I'm not interested in a topic you post on, you generally keep in short enough to read without wasting time - so I learn things I wouldn't know.

Please post about Disney; that is the name of the blog. But it's your blog: you can write about whatever you want. Please do that, too. Some of us like it.

Every time I read "At the Mountains of Madness" I think of In the Mouth of Madness.

Del Toro=King of the Announcements

We'll see which ones actually pan out.

He's beginning to be known more for taking on then dropping out of projects then actually directing projects.

He didn't drop out of Madness, it was dropped from him.

I'm hungry for some Del Taco.

I am really hoping this is not another major motion picture using the horrible papyrus font. Ugh, it should be banned. It was bad enough having to watch all of avatar subtitled in it.