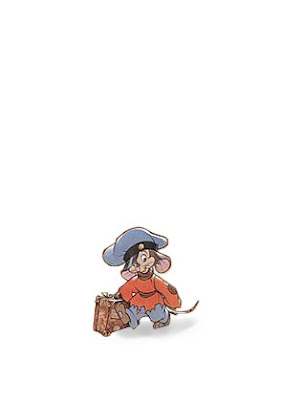 I neglected to mention the other day that Morris F. Sullivan passed away in Los Angeles(Toluca Lake, actually) on August 24 at the sprightly age of 91...

Don't know who he is? He's the man that financed and help found Don Bluth's Sullivan Bluth Studios which produced "The Secret of NIMH", one of the first truly independent films to challenge the Mouse. This showed the world that Disney wasn't the only game in town. The competition only made Disney have to work harder and give us a better product.

He stepped in at a time when Don Bluth was in financial hardship and became his guardian angel. In so doing he actually helped not just Bluth and his band of rebelous animators... he helped keep the art of animation from dying in those bleak days right after the 70's.

For that alone he owes our thanks. Our thoughts and prayer go out to his family and friends...
Posted by Honor Hunter at 7:07 AM

I love American Tail! Sorry to hear about this.

It's not the end of the world, you know. I think sometimes you expect too much, too soon guys.

Secret of NIMH is a classic, and hands down still my favorite product from Don Bluth.

What a great film, and what a great deconstruction of the traditional "talking animal" animation paradigm before NIMH.

yea but when you say it will be posted l8r this week and now its two weeks l8r, people gte anxious.

So why no mention of Bill Melendez passing away? I mean he only worked with Disney, Warner Bros. and Charles Schulz.