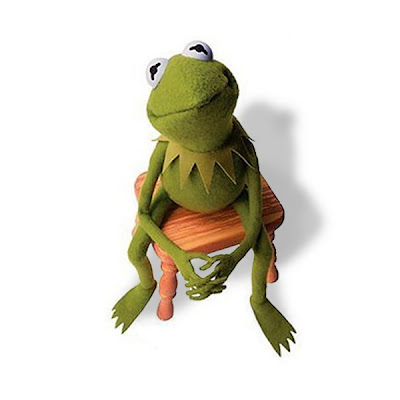 The New York Times has an article by Brooks Barnes about the Mouse's attempts, both past and present, at revitalizing the Muppets franchise. Under the new regime they've been trying to raise the brand so that it matches other Disney franchises like Winnie the Pooh. It's been more difficult than they expected, but there appears to be a rainbow connection just over the horizon...

Buying the Muppets was Eisner's last worst atrocity. Really, Disney ought to sell them off, cut its losses and focus more on its OWN characters. The Muppets were just a fad - a strong fad, but a fad - 30 years ago, and both technology and audience sensibilities have passed them by. As for merchandising - Disney expected to make 300 million off those old relics? I'm surprised it made 50. I was at Wal-Mart yesterday and I saw tons of Muppet t-shirts and shorts and junk on clearance, the price slashed to the bone. My kids were with me and had no interest in the stuff, even though they know who the Muppets are (I've rented the DVDs, but they thought they were lame!). IMO it's penny-wise and pound-foolish for Disney to buy an entertainment property that's going to require a lot MORE investment with the faint hope of a profit somewhere down the line. Again, Disney should just sell them - maybe to Eisner. Let HIM try to make something of them.

I disagree - I think the Muppets fit well into the Disney company, and they seem to have had a modest pop culture boom in recent years. If played correctly, the Muppets could become the biggest Disney franchise since Pooh.

Good characters like Kermit and friends can thrive give the proper support and creativity. They just haven't had that support in a long time. Remember that Henson personally was negotiating a deal to give the Muppet characters to Disney before he died, so he clearly saw the potential for what Disney could do for his creations.

Disney obviously still sees the potential, but they do need to work quickly. They are now trying to reach a new generation that has no memory of the Muppets (except maybe the Sesame Street characters), and for the generation who grew up with them, that memory is fading. I guess I'm saying they'll only become "just a fad" if Disney allows them to completely fade into obscurity.

But I have faith they can make the Muppets relevant and vibrant again. I know my own girls love the Muppets. They really liked the Disney Channel special that came on a while back. I'm glad (according the NYT article) that they are doing more of those.

The Muppets have made several movies lately, including one about the Wizard of Oz, so they have hardly been allowed to languish. They've just failed to find an audience. (Look at Muppets From Space, which flopped so miserably. Whose fault was that?) And comparing them to Mickey, in any way, is deluded. Tell me the Muppet project that's the equal of Snow White, or Fantasia, or anything Jim Henson did that's the equal of Disneyland. And if the Muppets are such great characters, why do they need Disney - and millions of Disney dollars - to revive them? Why couldn't Jim's kids do it?

People who are in their late 30s/early 40s right now cut their teeth on the Muppets of Sesame Street. There's definitely an audience for these characters. They need to have the same presence in the parks and in films as the other characters. I mean, if they can put the green army men out there to do a schtick at the Studios a few times a day, why not Kermie and Piggy?

And yes, they have been allowed to languish. Muppet Wizard of Oz was terrible. Muppets in Space was terrible. The Henson kids basically abandoned them when they sold them to that German company. At least they bought them back and gave them to Disney which at least in theory has the ability to treat the characters properly.

Iger has made it clear that Disney is about developing and exploiting quality franchises. The Muppets are an established quality franchise that fits the Disney brand. They just need a little TLC to achieve their full potential. It sounds like Disney is getting serious about doing that.

***I mean, if they can put the green army men out there to do a schtick at the Studios a few times a day, why not Kermie and Piggy?***

Because the green army men are part of Toy Story, which is popular, and the Muppets aren't.

I'm going to keep my eye on this upcoming Muppet Xmas special. I have a feeling it's going to tank (like their last Xmas special did). If it does, bye-bye to any of Disney's other plans for them. It'll be a bit of a bummer, but if the Muppets can't sell an Xmas special, they can't sell anything anymore.

I love the Muppets, and I have to say that among a lot of college students Muppets from Space has something of a cult following. I went to a party just last week that was showing MFS. Also, Muppets' Christmas Carol is a new classic, that gets watched at my house at least once every holiday season.