A Battle Between A Wizard, A Mouse And The World (Part One)... 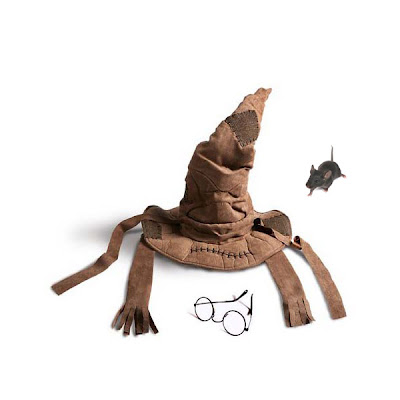 There was an article in the Orlando Sentinel the other day about Universal that was interesting...

It was something I'm sure WDI and some people inside the Team Disney Building took note of. It was about something they could have had and let get away... deliberately. When Universal got the rights to J.K. Rowling's famous character and Disney's competition announced "The Wizarding World of Harry Potter" many people who follow the Mouse were stunned. How could they let a project like this get away? Is Disney loosing it when it comes to creativity?

Competition is a wonderful thing. It's been one of the great motivations that has propelled America since it's birth to the most prosperous, powerful country in the world. I welcome the attractions that Universal and others build all throughout the world, because it will make WDI have to work harder to create better attractions. We all benefit from that.

There are a great deal of people designing for Universal right now that used to work for the Mouse and that alone is one of the reasons their rides are becoming close to the quality of an attraction you find in a Disney theme park. They aren't the only ones doing this.

Disney will have a great deal of competition over the next decade and the Potter attraction is only the tip of the iceberg. The East is where most of Disney's future growth lies and it also is where it's greatest creative challenges will be(expect a few articles on this in the near future). The biggest threat to the Walt Disney Company's dominance of entertainment will come from a small country in the Middle East... the United Arab Emirates. And the main focus of entertainment there is in Dubai. This area within a decade will be the greatest challenge for Disney's expansion in Asia and the eastern part of the world. And I welcome it. I encourage it. It will only make for a better Mouse.

So let the Wizard begin his battle for the world...
Posted by Honor Hunter at 9:18 AM

Honor,
This is a bit off subject. Looking Far ahead, beyond Jungle Trek, I'm sure that Disney is planning for another "real" park for WDW. I've noticed that they're starting to build many more hotels - over 5,000 rooms counting Flamingo Crossings and Four Seasons. Could you tell me what are some of the themes that they are exploring for the next "big" WDW park... as far away as that might be?

You really can't expect another park beyond the one in 11/12 for at least, at least another decade...

So any speculation about a theming for it would likely be way off.

Sorry to dampen your spirits, but you're probably looking a little too far into the future.

Let's just hope that the current four get a lot of TLC... and I'm slightly optimistic on that idea.

Why can't we expect one until then. I think if they don't act fast they will lose some business. Oh how i wish they would have created this harry potter themed land. It may be too much competetion for them to handle since there aren't any big plans right now for WDW's future.

Great article, but it's been over a week now, what happened to the asia update in the second part of Happenstance????? I also agree that disney needs to get moving to combat with the harry potter land. two words Beastly Kingdomme. AK needs it no matter how similar it could be towards IOA. That jungle trek isn't going to solve much of anything.

Enchanted Oak Tavern is gone? I am sad I never got to see it, from the pics it looked truly wonderful. I had thought it would it would fit nicely into Potterland. Honor Hunter hinted but did not tell us directly about the attraction at DHS which will compete with Potter, except that it will be based on a "big movie." My guess is that big movie will be Prince of Persia. Am I right on that one, Honor? Count me as a second visitor waiting impatiently for the second part of Happenstance. Cheers - Tasman.

Honor,
Thanks for answering my question about future parks. Personally, I'm not sure about the impact of Dubai. If it affects WDW in any way, it would be through the international tourists. I've heard that Dubai is planning something like 10 theme parks. Do they really believe they will have that many tourists - in Arabia no less - when the theme park business is soft in most countries? I'm also not sure about Harry Potter. It seems that ship has already past, the books are already seeing softening sales. Does Disney's answer have something to do with Narnians or perhaps Hobbits?

Hey, did anyone other than me notice all the links in the word Dubai? There's a different link in each letter! Pretty sneaky Honor. Awesome links, though. They're building some really wild stuff over there.

Narnia should hopefully get a big ride than just the dinky exhibit! Hoping this is the big counter.

The projects they are building in Dubai are interesting, but I don't think they'll become a real tourist mecca until they resolve some of the issues with their justice system. I've read too many stories of tourists being thrown in jail for things like melanonin, legally prescribed pain medication or a stray poppy seed from an airport bagel. It used to be a destination that interested me, but I've scratched it off the list for now.

I agree that Narnia ought to be WDW's counter for Potter. For one thing, the Narnia books are far far FAR better than Rowling's Although both series have similar themes, a la children crossing over from the mundane to the magical, with said children having mysterious, previously-unknown destinies for greatness, the Narnia world has more actual magic and fantastical imagery than does the dank glum Potter world. But I also think the Beastly Kingdomme needs to be revived and given all the TLC and money it needs to come to life. Curse Eisner for never following through on that idea. Freakin' cheapquel-makin' muppet-lovin' beancounter...

I too wish they would do more with Narnia in the parks. I wonder if their partnership with Walden Media hampers their ability to do so. Also, the underwhelming performance of Prince Caspian doesn't help in that regard (although I'm a big fan of the film itself).

I would not be surprised if they are positioning Prince of Persia as a property that they can more fully control and exploit.

Sadly, the Harry Potter deal continues to push Disney to develop "franchise" based attractions that are filled with cartoon characters or only movie properties. This has been the main effect of competition in the theme park marketplace. The other parks fight to see who can license the most popular film characters, and then develop all these film tie-in attractions. Disney used to have the freedom to develop totally unique theme park experiences outside of film tie-ins. They did it quite successfully with rides like Pirates of the Caribbean, Haunted Mansion, Space Mountain, It's a Small World, etc. Now, if there's a not a cartoon character or movie tie-in, you can't get the green light for an attraction. We can thank the wonderful folks at Universal and other parks for all of this. The competitive landscape in theme parks has dumbed down all the theme park attractions everywhere to nothing more than 3D advertisements for DVDs, book, and TV shows. Nothing new to see here.

"Now, if there's a not a cartoon character or movie tie-in, you can't get the green light for an attraction."

Think about this again, because it's not true to say that only attractions with film tie-ins are built at Disney parks.

Look at the last 10 years worth of major attractions built at Disney World, all of which were the BIGGEST budgeted of the new attractions built there: Test Track, Kali River, Mission Space, Soarin, Expedition Everest. None of these have a film tie-in at all.

^^ It's true that there have been non-movie attractions built in the last ten years, but their number and proportion have steadily dwindled. After Mission:Space, there have only been Soarin, which is a clone of an earlier attraction, and Expedition Everest. Since 2006, there have been NONE, and as far as we can tell about what's coming in the future, none are planned.

No, I don’t believe the loss of Harry Potter to Universal indicates ANY loss of creative ability. For the most part, many of the failures that Disney has faced have been because of Management missteps. I have no doubt that Imagineers had been enthusiastically working on concepts for some sort of HP attraction before negotiations fell apart. And that was probably due to Disney demanding concessions from J.K. Rowling that she wasn’t going to relinquish.

As for Dubai, I’m really surprised that there haven’t been headhunters seeking the remaining quality Imagineers for the many projects being proposed for the area. Of course, if people have gotten the mistaken impression that Imagineering has no talented people left, based on the many weak attractions and parks they have produced in recent years, and their outsourcing of their animatronics, they may feel it’s not worth the effort.