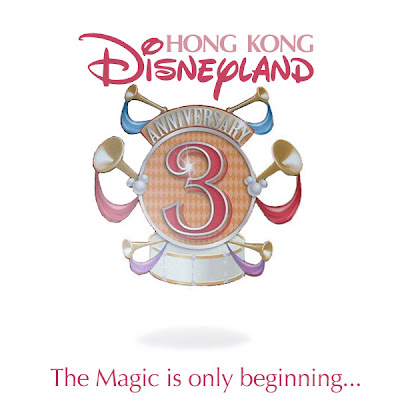 Hong Kong Disneyland was opened on this day on Penny's Bay, Lantau Island. While the smallest "Magic Kingdom" style park, HKDL is richly layered in great detail(unlike DCA), Disney paid close attention to Chinese culture, customs, and traditions when building Hong Kong Disneyland Resort and followed the rules of Feng Shui in much of the park's construction so as to give the park good luck.

It didn't work, unfortunately. More so because of the lack of many E-Ticket rides than anything to do with Feng Shui. Three rides every traditional Disney theme parks has were left for future expansion... Pirates of the Caribbean, Haunted Mansion and the recently opened It's A Small World were not there on opening day. The park is slowly making progress, but an impatient world doesn't want to wait for it to happen...

Expect major announcement between late this year and early 2009.