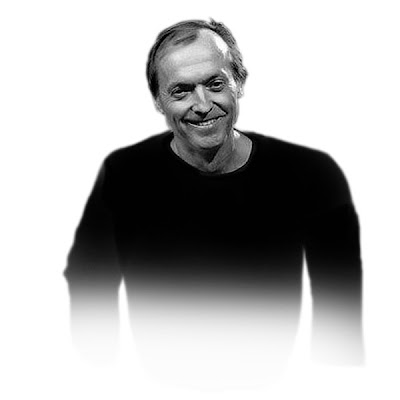 Twenty-nine years ago today, Disney animator Don Bluth leaves Walt Disney Productions and takes with him many frustrated and disgruntled animators as well...

A third of the animators walk out the door with him because of what Bluth sees as a decline in standards, quality and care when dealing with the heart of the Disney company: its animated films. He goes on to start his own studio and begins work on his first feature, "The Secret of NIMH".

The departure of Bluth was a warning shot to the Suits at WDP that all was not right in it's famed animation department... sadly, it wouldn't be till a decade later when the talented animators work would shine again with "The Little Mermaid".

Thankfully, we don't have to worry about that right now as the animation department is about to experience a new, Third Golden Age. Not kidding about that...

He made a lot of crappy films with those guys and gave room for the new people to step up. John Musker Glen Keane Andreas Deja Ron Clements ect

He made both good and bad films...

The Secret of NIMH was good, as was Anastasia which I really liked. His career was like Disney in those days. Some were good, a few were great and there were many crappy ones as well.

But Keane, Deja and company moving up was a welcome move...

Anastasia is my favorite non disney animated movie. Whenever I ask someone who they think made the movie they instantly say Disney.

Honor, you do give me hope about a new Golden Age at Disney. It's about time! I'm looking forward to the "Princess and the Frog" (although I still don't care for the title) and I hope it's a huge success! Thanks for keeping us posted.

I had always thought that one of Bluth's complaints was that Disney was getting too dark, but then he made Secret of Nimh which is very dark. As for his other films, American Tale and Land Before time were very endearing, though bordering on sappy, which only got worse as new films came. While I admire his gumption, Bluth didn't really seem to know what he was doing any more than the regime he left did. Perhaps he just knew something was wrong, even if he didn't exactly have the solution.

thank God for a new golden age, the films have snot been up to par over the last 8 years

First we find out that Don Bluth was revolting, and now apparently there's been snot for 8 years.

I have very fond memories of NIMH, and I like "An American Tail" and "Anastasia" as well. But let's also not forget his outstanding work on "Xanadu"!!!

No, that would be Ralph Bakshi. :)

The Secret NIMH was excellent. It showed such promise. It was a meta-cartoon--a great animated feature in it's own right, with a great twist on the traditional "talking animal" feature of the form. A slick merging of sci-fi and fantasy, it was a great animated film, and nothing else Bluth would do would live up to the promise of that one excellent film. Anastasia was very good, too, and the animation Bluth put out was often top-notch, but after Secret of NIMH, most of what followed was a bit of a letdown.

My other favorite non-disney animated film: Iron Giant. No surprise it was Brad Bird. I was shocked when it tanked at the box office. What a great film, and it still holds up.

Ah, "Xanadu". Loved that film when I was a kid.