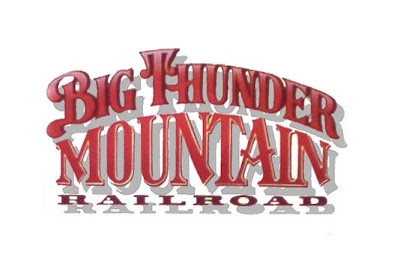 Twenty-nine years ago today, The Big Thunder Mountain Railroad attraction opened in Frontierland at Disneyland. This wild ride that took guests thundering through dark caverns and abandoned mine shafts of a haunted town where treasured gold was supposed to still be waiting to be found. The theming and design of thwas inspired by the scenery in Bryce Canyon National Park, Utah.

BTMRR has become a fixture at many "Magic Kingdom" style parks across the world... thrilling riders at the original Disneyland in Anaheim, the Magic Kingdom in Orlando, Tokyo Disneyland in Japan, and Disneyland Paris in France... could we seee a variation of it headed elsewhere in the future? Possibly Asia?

The next decade holds many wonders to be built. Let's hope they ALL get built...
Posted by Honor Hunter at 4:55 AM

hmmm i never even saw this until today.....does this mean that hong kong will be getting one with a frontierland soon. Or that they will tweak it a bit to work in adventureland?