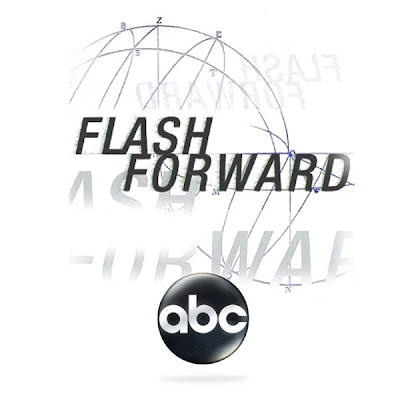 The Mouse's ABC Network is about to buy/greenlight "Flash Forward" as a television series. The show, which will be based on a sci-fi nover by Robert J. Sawyer, is to be written and produced by David S. Goyer (“Blade: The Series”) and Brannon Braga (“Star Trek: Enterprise”) with Goyer directing the pilot...

For those of you that are pop-culturally illiterate, Goyer is also the man responsible for "Batman Begins", "Blade 1-3" and the upcoming "Flash" film. I don't want to just bind his credits to the Blade television show, which was crap since he has done a good deal of really, really cool stuff. As for Braga, while I wasn't a big fan of Enterprise, he did produce "24" so that gets major kudos with me.

The story involves physicists who are conducting a secret, high-energy experiment that goes awry and causes people all across the planet to experience two-minutes and seventeen seconds of their own future decades in the future. This causes societal problems with people getting a glimpse of their future without really understanding the context of what they saw...

Developing.
Posted by Honor Hunter at 8:22 AM

What a great concept. This sounds majorly cool. I'm not at all familiar with the story . . . how will it work in a TV series? Will people get sporadic flashes of the future, and will the future be changing, since they are seeing these glimpses of the future and it's causing them to change certain behaviors, perhaps based on bad assumptions?

This is pretty exciting. I'm also glad to be seeing so much potentially high-quality sci-fi coming to TV. Tell ya what, I'll even take Blade: The Series over most reality TV.

In other Disney TV news, I'm surprised NBC is airing the Muppets Christmas special; ABC Studios is also producing a pilot on a modern take of the Snow White and the Seven Dwarfs, and the proposed drama pilot is for Fox. Its kind of weird seeing these Disney properties elsewhere in the television landscape.

^^^^ That's one reason that Disney owning ABC is such a waste. "Synergy" has pretty much been useless as far as ABC goes.

Even when they produce top programming, they shop it for better prices. And ABC, being Disney, won’t bid high, therefore other networks beat them out. So, I’ve gotten used to NOT seeing Disney specials on ABC.

Brannon Braga is co-executive producer of only the upcoming season of 24, not any of the previous seasons. His producing career so far consists of ST: Voyager, Enterprise, Threshold, and the last season of ST: TNG.

That said, there's a lot of potential in this idea, and David Goyer is great at bringing out potential.