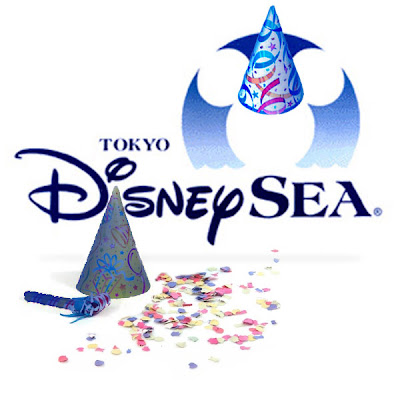 Seven years ago today, Tokyo DisneySEA opened up in Japan completing a transformation of the Tokyo Disneyland Park into the Tokyo Disney Resort. The new park along with two new hotels(Tokyo DisneySea Hotel MiraCosta, Disney Ambassador Hotel) and an Downtown Disney-like entertainment center(Ikspiari) make the Resort a much more attractive tourist destination. Of course when Disney fans walked down the themed ports of TDS they were a little startled at the level of detail that the park had. Ok, maybe more than a little startled... this was arguably the most beautiful park created by Imagineers.

If you EVER go to Tokyo and are a Disney fan then do not miss the opportunity to see this park. Take a look at what WDI can do when given the chance to shine...
Posted by Honor Hunter at 8:18 PM