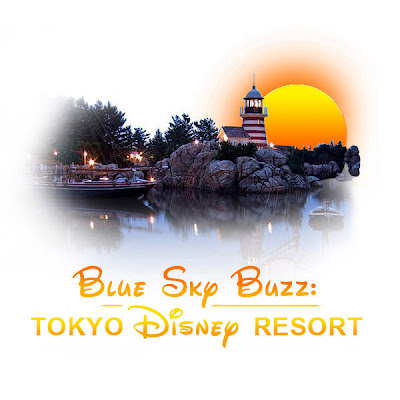 Yes, the rumors you've all heard are true. At least somewhat true. Let me unpack that for you...

The Oriental Land Company has decided that the next attraction that Tokyo DisneySEA will be getting is going to be a variation of DCA's Toy Story Midway Mania. Boy was that a mouthful! And yes, it will be going into the American Waterfront port of the park, but it appears to not be going where some people have thought. Most thought that it would be wedged somewhere in the Victorian themed New York area of this section, when it will most likely be placed in the nostalgic and decidedly more rural Cape Cod section. Again, this is still in the early stages, so things could change. For those of you that have seen the area, the American Waterfront section was really without any attraction(read: ride) until the expansion that brought the Tower of Terror to the park. That still left the Cape Cod area a beautiful, but attractionless area of the park. No more. Or at least soon it will be no more. Planning is underway to have this be the next ride that is announced. WDI is/has been designing the area in which this attraction will go and should everything go according to plan, you should expect an announcement about it later this year.

I know many of you are fretting over the loss of the "Soarin' Over the Med" type of attraction that was being planned for the Mediterranean Harbor section. Unfortunately the cost of that attraction as well as a couple other factors killed that idea for the time being. Like many other projects though, it's not as if it will never happen. There is a place planned and carved out for it in that section and nothing is going in there as of now, the Imagineers still plan on installing this project in the park once OLC Suits give them the go ahead sometime in the near future. From what I hear, and it's not written in stone, but I'd say a good time line would be around the 30th anniversary of the Resort. But in the meantime there's plenty to keep them busy.

Sadly, the UEC that was supposed to be built in another part of country didn't meet the OLC's feasibility reports and with the slowdown in the economy it practically killed WDI's attempt at using Japan as a launching pad for an entirely new experimentation in themed parks. It wasn't on the grand scale that you would have expected from something like Tokyo DisneySEA, but it was on that level as far as quality goes. It appears Jay Rasulo and his colleagues at TeamDisney Burbank will have to look elsewhere for this new endeavor. And it won't be in Shanghai because that will be a Disney Park, Old School. Well, with a dash of really cool tech, but that'll be announced soon enough. Maybe Singapore then? We'll see...

There are some plans that the Resort is working on for the Tenth Anniversary of the park, but those are still very fluid. The final working model for the celebration should be done by summer and we should have some surprising announcements by fall. Hopefully the economy doesn't throw any monkey wrenches into the situation. I'll have more to follow on the upcoming events at Disney's only franchised parks in a few weeks, give or take a few weeks...

Awesome, this ride will bright some much needed life into this corner of the park. I still dont see how Toy Story will fit the cape cod theme however. Perhaps the facade could be Andy's house?

Cape Cod as in the fish.

i wouldn't be surprised if they build a mini-boardwalk area as part of american waterfront. it was something that they wanted to do for disneysea long beach, back in the day of course...

How does Toy Story fit into the Seas theme exactly?

Just shove it in there, it's the only new attraction we've got, so take it or leave it.

^Wait a minute...isn't the TDS theme about "exploration and discovery", not the "seas"?
Pretty broad theme if you ask me...
They just have to tweak it to fit Cape Cod.

it's an easy fit for cape Cod because of the "Midway" games theme. It would be just like Paradise Pier on a smaller scale.

Tokyo DisneySea is about exploration and discovery.
That could be broadened to include Cape Cod, not too much of a stretch there maybe.

Now how do you stretch that theme further to include an attraction about Woody, Buzz, and the rest of the Toy Story gang? With a giant Mr Potato Head outside.

Just wait until they announce the Cars themed area...

They're Disney characters that aren't set to a time period. Remember Mickey has starred in several shorts that take place in various time periods including Victorian which would be earlier than the Cape Cod port is themed to.

If he can be in a different time period, I see no reason that Woody couldn't either.

Seriously crazE 8T8T? Woody is a COWBOY. There is only one time period cowboys were around! Mickey is a mouse. There have been mice sense who knows. Big difference.

you forget so easily that Woody is not just cowboy, he's a toy. That in a way makes him as timeless as Mickey

And if they did, they were run out of town. Never to be seen again.

i love the morons on here who try to be clever, yet execute such little imagination. the area that cape cod is in is called AMERICAN WATERFRONT and also includes the new york street. there is no reason why they can't create a mini-boardwalk area that includes toy story midway mania. it only makes sense because the boardwalk is classic seaside entertainment in the northeastern part of the u.s.a. the original disneysea in long beach california was supposed to have their own version of a boardwalk, so this is not a new concept for the disneysea theme park.

"i love the morons on here who try to be clever"

And I'm the troll?

In any case, DisneySea already has a fair amount of original content. I don't think we have a situation similar to Disneyland where Pixar, princesses, pirates, and pixies are infesting the park.

If these rumors are true, the only thing that matters to me is that the exterior is themed to the land it's in. Just as you wouldn't plop DCA's Tower of Terror in the American Waterfront, you wouldn't put DCA's Toy Story Mania in DisneySea.

TDS is a park sensitive to intrusions on its theme and as long as Imagineering treads with caution things might work out okay.

you speak as if you're talking about a stateside park. You should know by now that anything they put in TDS has been a) well thought out b) properly budgeted. There's absolutely no reason why a boardwalk area wouldn't fit in with TDS, in truth, it's the best place to put one in since it's right next to Tokyo bay.

And I'm the troll?

You most certainly are and you know that.

In any case, DisneySea already has a fair amount of original content. I don't think we have a situation similar to Disneyland where Pixar, princesses, pirates, and pixies are infesting the park.

Quit slamming what you just slammed. They don't deserve such flak and you know that! And I'm sure that you probably love them all deep down and won't admit it. :D

"Sadly, the UEC that was supposed to be built in another part of country . . ."

Sorry to show my ignorance, but what is UEC?

Probably not going to happen, for now.

I can easily see Cape Cod - if they want to put it there - being rethemed to a Coney Island-type area off American Waterfront. It fits with the era and would allow them to import a few other classic midway-style attractions.