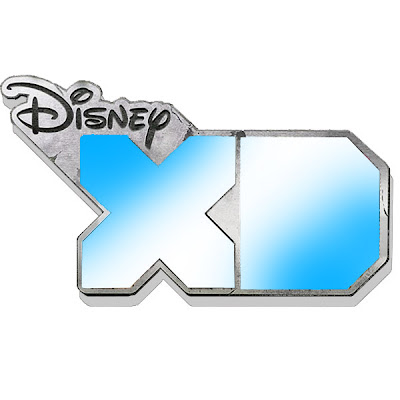 The Mouse is coming for you. Disney's rebranded "Toon Disney" now known as "Disney XD" launches on February 13.

Instead of girlie "Hannah Montana" type shows I take it the testosterone factor is going to be ampt up to attract the younger males of the human species...

The Disney XD brand premieres with Disney's hit comedy series PHINEAS AND FERB, the #1 animated series among Tweens 9-14 for 2008, and is highlighted by the debut of AARON STONE (7 p.m., ET/PT), an original action-adventure series about a champion video game player who, in a popular game called HERO RISING, uses a crime-fighting avatar named Aaron Stone -- at least until the game's billionaire creator asks him to become the real-life Aaron Stone.

Also debuting in February is the immersive online and mobile game experience, Disney XD.com, a new entertainment choice with numerous games, exclusive video, fan pages, community elements and a unique personalization feature through which users can create a 3D avatar (complete with "personalities" and "emotions") that represents them across the site.

In addition to AARON STONE, a production of Shaftesbury Services II, Inc., the launch schedule includes the new animated series, KID VS. KAT, from Studio B Productions in Vancouver, and JIMMY TWO SHOES, from Breakthrough Animation and Teletoon in Toronto, and two short-form series, ROBODZ, a 3D, CG animated and live-action comedy produced by Disney and Toei Animation in Japan, and BRUNO THE GREAT, an animated series produced by Studio Bozzetto & Co SRL in Italy.

In addition to new episodes of PHINEAS AND FERB, 2008's top animated series among Tweens 9-14, the Disney XD programming schedule will feature new episodes of the animated comedy YIN YANG YO!. Both series are productions of Walt Disney Television Animation.

I can't help but notice a lot of Super-Hero properties in that line up. A lot of properties not owned by Disney...

Perhaps their establishment of Kingdom Comics will help generate some characters of their own or maybe they should outright buy certain characters.

so is this still not going to be included in basic cable packages? Is it a channel you have to get serperatly like with the current toon disney channel?

Aaron Stone sounds like a PG Matrix take. Could be cool for boys.

Kid Knievel, is one way to get boys interested. Sure had me way back when.

Way back when? You're oooooooooolllld!