No Longer On The Island... 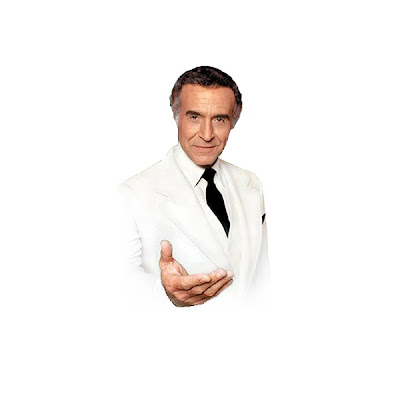 It seems another great actor from the past has left us as well...

Ricardo Montalbán, known mainly as the mysterious Mr. Roarke on ABC's "Fantasy Island" and the villainous baddie, Khan Noonien Singh in the 60's "Star Trek" television show and "Star Trek II: The Wrath of Khan" has beamed out, left the island.

He will forever remain a part of my childhood on TV and film. My thoughts and prayers go out to the hearts of friends and families of the only man that could say the word "Corinthian" and make it sound oh, so desirable...
Posted by Honor Hunter at 8:27 AM

one other thing: he did voice work for the Kim Possible attraction that's opening at Epcot.

Yes. He voiced one of the villians--Senor Senior, Sr. Montalban voiced that character in the Kim Possible TV series as well.

Either way, Mr. Montalban will be missed.