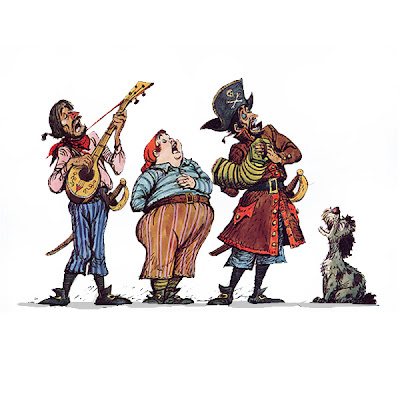 On this date nine years ago...

Disney lost a giant in animation and Imagineering when Marc Fraser Davis passed away. He was a legend, not just a Disney Legend.

One of a very few that would cross the path from being a Disney Animator to a Disney Imagineer. He worked in both worlds that Walt created: film and parks. He animated some of Disney's most memorable characters: "Maleficent," "Tinker Bell,"Cruella De Vil" and many more.

Then he went on to fill our lives with great attractions at Walt's little experiment down in Anaheim. By the late 60's he left a mark(no pun intended) designing many unforgettable characters on the most popular attractions in the park: "The Enchanted Tiki Room," "The Jungle Cruise," "Pirates of the Caribbean" and the one that got away "Western River Expedition."

His talent was immeasurable and his fingerprints are all over everything we Disney Geeks/Fans love about Disneyland and all Disney parks. The world lost a true original that day... one that will never be replaced. But he'll forever be admired for the magic he helped create.

Wow, I'm the first to post about this? What a bunch on ingrates you people are. You talk about your love for Disney and totally avoid paying any respect to one of the men that is directly responsible.

Honor Hunter, don't forget that Marc Davis was also one of the main guys responsible for creating "The Haunted Mansion", "Country Bear Jamboree" and "America Sings".

Mr. Davis certainly was a great talent and may he rest in peace.

A wonderful artist, my favorite. His art will live on for ages and may he rest in peace.

"You talk about your love for Disney and totally avoid paying any respect to one of the men that is directly responsible."

I didn't know I had to kneel at the alter of Honor Hunter in order to pay my respects to Marc Davis.

Davis was a great Imagineer but he wasn't a friend or family member and I'm not going to make myself remember the anniversary of his death every year. I think I'll save that honor for my grandmother.