Touring The Stars, A Long, Long Time Ago... 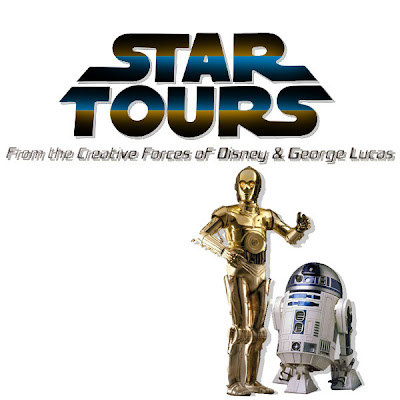 Twenty-two years ago today, the Walt Disney Company and Lucasfilm opened up their first collaborative effort, "Star Tours" at Disneyland in California... 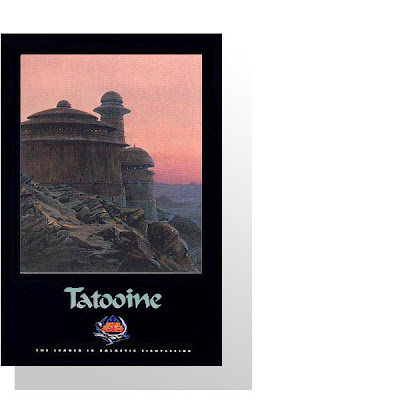 The attraction has been cloned(Hehe...) in Orlando, Paris and Tokyo. The ride was the first time Disney had built an attraction based on the works of someone outside the Disney company. 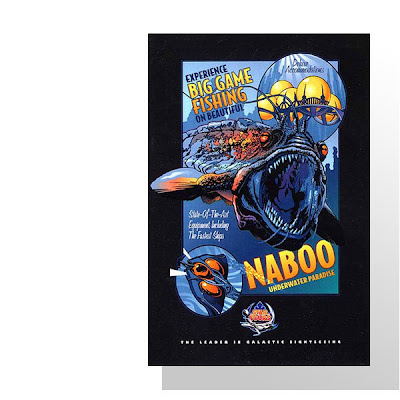 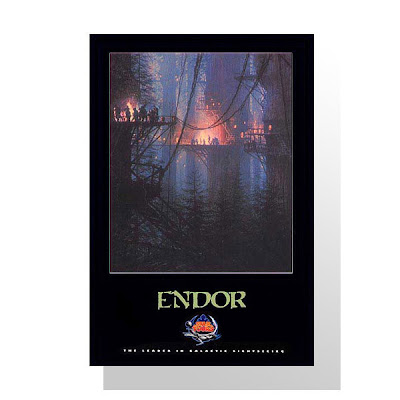 It's hard for many a child that enters the parks today to disassociate Star Wars or Indy from Disney and that's something I not only like, but encourage. 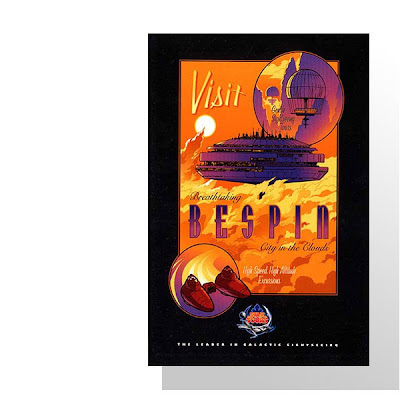 May the Force be with us, always... 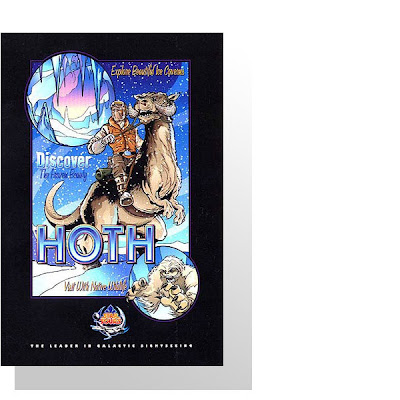 "The ride was the first time Disney had built an attraction based on the works of someone outside the Disney company. "

...with the possible exception of Tom Sawyer's Island

Were talking about modern works, not classics...

Most of what Walt did was based on classic stories by world legendary storytellers.

Twain was probably the last of those.

The difference between the original travel posters and the new ones is quite obvious.

The old ones are so nice... have that classic, feel good, come to enjoy the environment (which is proper due to the extreme environment itself was the attraction of the Star Wars locals..) fell to em that are plain and simple.

New ones are all flashy and kiddy.

I was there at opening evening during the prvate party- which I think was put on by Kodak back then. Lines snaked for hours to get in. We were not diappointed.

My last trip to the galaxy was two weeks ago- still thrilling but certainly needs an update!

Sorry for the typos- not enough coffee today!

Actually, those posters are not the originals for Endor and Tatooine even. They're somewhat different. I wonder where Honor finds all these things? Thanks for the little details, HH!

Hunter, didn't it soft open twenty THREE years ago though?

Any updates on the progress of a new version?

I attended the opening weekend as Disneyland stayed open for 3 days straight. They gave out Star Tours watches to ticket holders (which I still have new in the bag).

The line was 4-5 hrs. long stretching all the way down main street with many switchbacks to boot. I also rode Star Tours during the soft opening months earlier when the motion was still being tweaked (the motion was much rougher pre-opening).

At that time I was completely blown away by this experience. I don't know if it was simply being a kid (or a Star Wars fan), or if Disney just doesn't do things the way they used to. This was probably the last time I was completely 'blown away' by a Disney ride. For the record, I was a BIG "Adventure Through Inner Space" fan ... so the replacement had better have been something great.

Several days ago, I went do Disneyland (by myself no less), on my birthday (with the free ticket give away of course). As I walked by Star Tours many memories came back to me, and it was a little sad to see such a short line for this ride, and in this particular real estate. Contributing to my bittersweet feelings were the thoughts of my friend who accompanied me during the soft opening - he had passed away several months ago.

RIP Christopher ... our trips to the moon of Endor were curiously never uneventful ... "Coochona Eechana".