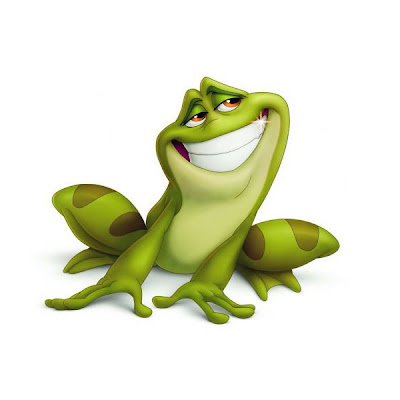 The reviews for Disney's return to hand-drawn animation are starting to roll in...

I can't wait to see this film. I've heard about it for almost three years and have wanted to see the Mouse return to an art form that it set the standard for. I've had several friends and colleagues see it; almost all have loved it. Unfortunately I'll be out of town during the exclusive showing on the Burbank Lot and will have to wait and see it on opening night when it goes wide. I'll be there with soda and popcorn in hand. But the reviews are starting to come out and overall it's getting good marks with the exception of Variety.

Take a look for yourself...

"This is the best Disney animated film in years. Audiences -- who don't care whether it's cel animation, CGI, stop motion, claymation or motion capture as long as it's a good story -- will respond in large numbers. A joyous holiday season is about to begin for Disney."

"Conspicuously outfitted with an African-American heroine and a vibrant 1920s New Orleans setting, this cheeky update of a classic fairy tale boasts almost as many talking points as merchandising opportunities, and should enjoy jazzy holiday biz starting with its Thanksgiving weekend bicoastal engagement and extending well past its Dec. 11 wide release. But whatever it accomplishes for Disney's reputation or bottom line, this long-anticipated throwback to a venerable house style never comes within kissing distance of the studio's former glory."

"Princess and the Frog" isn't the second coming of "Beauty and the Beast" or "The Lion King." It's just plain pleasant, an old-fashioned little charmer that's not straining to be the next glib animated compendium of pop-culture flotsam."

"This A-level, G-rated entertainment is a fresh twist on the classic fairy tale about a handsome prince temporarily out of commission due to a malicious magic spell, a royal catch requiring the smooch of the right kindhearted, risk-taking heroine to restore him to his waiting throne."

"Go ahead and pucker up. Because long before "The Princess and the Frog" is over you'll want to smooch the charming couple, air kiss a romantic firefly and hug a voodoo queen in this foot-stomping, smile-inducing, heart-warming animated twist on the old Brothers Grimm frog-prince fairy tale."

"In an era dominated by CGI, Disney makes a bold return to 2-D animation. The medium may be old-fashioned, but the story is thoroughly, refreshingly modern. Funny, inspiring and gorgeously rendered, The Princess and the Frog is an instant classic."

Not a bad start out of the gate, but most everyone will have to wait a couple weeks to see it for themselves...
Posted by Honor Hunter at 12:30 AM

Only bad reviews I have seen have been by people who seem generally sour about Disney as it is and are attacking the film just for doing so...

They've taken this chance to ride on the race card and have made up all sorts of stupid things to complain about. My favorite aspect is complaints that Tiana spends too much time as a frog.

Critics be critics I guess.

It's fun to watch the families file into the new "Disney's Main Theater" right outside our offices in the old animation Building. Walt would be proud.

"Musker and Clements, the New Old Men, have bucked the odds and made a cartoon feature that is true to vintage Disney traditions (like wishing upon a star) yet moves with a contemporary verve and bounce. In an amazing year for animation, The Princess and the Frog is up at the top."

The NY times hated it too. Said it didn't have any real life and Tiana was too similar to other princesses.

On the other hand, Mahnola Dargis is pretty stuffy.

When was the last time the New York Times has done anything right in terms of journalism.

"When was the last time the New York Times has done anything right in terms of journalism."

They endorsed Obama over McCain, that should count for something.

Eh, it pretty much counts for nothing.

Twilight kicked Bolt's butt, but it didn't make it a better film. In fact, it's crap.

I personally thing Frog will do great, it has a much better marketing campaign that the White Dog.

Let all the little munchkins that don't know the difference between a good story and a pile of crap go see it. I was young and stupid once. They have the right to make that mistake, but a decade from now we'll see which one is remembered.

I bet it ain't the squeakquel.

I've seen it in New York!
I think the story is not very exciting and 3 "show" songs is a littlebit too much (over the top...). Also Tiana is not really a princess, the title is wrong, "the frog princess" was better, as you don't get to see a lot of Tiana- as a human-... But overall, the animation is stunning, the songs are great and just seeing a 2D movie from Disney again is so amazing!

I think the frog delivers and was worth the wait!!!