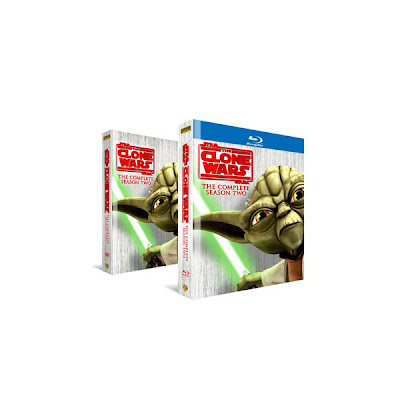 And so marches on the ever growing Lucas empire...

Lucasfilm is releasing the DVD/Blu-Ray of "Star Wars: The Clone Wars" Season 2. While it is imperfect and uneven, the series is far better than the prequels that began/disappointed fans a decade ago. It has steadily improved and could offer a new hope that there is a positive future for that galaxy a long, long time ago. I'm sure Decadent Dave and THX-1138 will be first in line.

The Star Wars universe grows and grows...
Posted by Honor Hunter at 10:04 AM

I know man! Every other week is a Blue Skywalker week. WTF?!?!?!