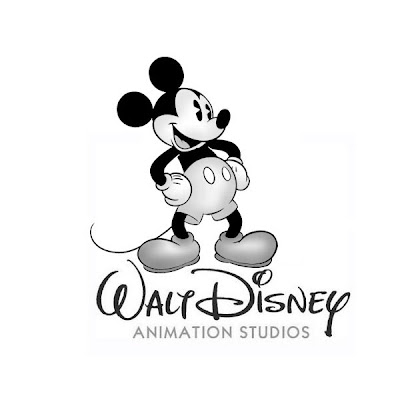 Wouldn't you know that just after I post an article about WDAS for clarity, they come out with more clarity...

Yesterday, the Mouse released a revised schedule of their upcoming animated features over the next few years. In my post last week I reminded everyone that even though "Tangled" would be out this holiday season, the next film after that would already be out this time next year (Oh, and from what I hear, "Rapunzel's Little Film" is coming together quite well. Nice tunes, stunning imagery and story. Remember that? Story.).

And then they (the Mouse) changed the schedule.

Darn you, Hat Building! Hehe... no, seriously, it makes sense to put it more into summer and space out the releases. So now, instead of a late March/early April kind of release, the Pooh picture will come out on July 15, 2011. A few months later and a date on which it can build a better, more thought out marketing campaign. And that leaves almost two years before the next announced animated feature, "Reboot Ralph" scheduled for March 22, 2013. I got a lot of people asking if this was the formerly titled: "Joe Jump," and it is/was.

It has been known internally as the "Rich Moore" project. If you've noticed, I referred to it as "what used to be known as Joe Jump." It's been known for a while that the film would get a new title since the story bares little resemblance to what Joe actually was. Moore's take on the project is something that Lasseter liked and thought that having an outsider (like Brad Bird) come in and take over this project would provide some fresh perspective. With the announcement that it's on the schedule, I think Ed and John are displaying the kind of confidence in this story that will push it along. Also, so you know, the film is CG for those that were curious. And I believe Nikke Finke stated that it was a musical, which I believe, it is not.

Now as I said, this is a good gap between productions. There are several stories being worked on and one could get slotted in to fill the space, but as of right now that doesn't appear to be the plan. One of the things that is being discussed is the inclusion of another couple of specials for television. Progress is moving on another "Prep & Landing" program and work continues on the Shorts Program. From what I hear, a couple projects have been pitched as hand-drawn, but those, if they were approved wouldn't see theaters until 2014 most likely.

But work continues on turning Walt Disney Animation Studios into a creative and productive culture. Despite some setbacks and marketing people trying to hold on to John's ear a little too much, there is progress. Slowly we will see it develop as the next year or so progresses. What happens in the Hat Building over that time should prove to be very interesting.

I just wonder what will become of the actual Roy E. Disney Building in a few years...
Posted by Honor Hunter at 3:33 PM

"it makes sense to put it more into summer and space out the releases."

Thanks for the info Honor! :)

The next few years should be very interesting indeed.

Pooh's Summer release. This could go either way. Are people still in love with loveable Pooh Bear? Or will it be looked at as less worth spending money on and waiting for dvd/bluray. With Robots, Supers and Pirates returning to the big screen, it'll be a challenge. Part of the reason Pixar has the summer release is they've built up a huge reputation to have great films. Unfortunately Disney no longer has that reputation. I thought the Spring release was a safer choice. But it's a risk and maybe it'll pay off for them. We'll see.

Joe Jump/Reboot Ralph. It's good to finally here a new project officially talked about. With an extra year between Pooh and this, I wonder if they will do something small-scale to release in 2012.

Shorts Program. I have yet to see a single short released from the Mouse since Goofy's How To Home Theatre (Unless you count P&L). I would love to see what they've been working on for the last 3 years. Glagos Guest, Ballad of Nessie. Etc...

July 15th.. Let's see what else will be released that week.

This really gives me a sick feeling in my gut. It's like Disney has absolutely no faith in their animated films anymore.

I really hope Reboot Ralph is not going to be the final title. It's far too pop culture-sounding. Like Jimmy Neutron or Kung-Fu Panda.

I'm very concerned by how long it is taking Disney to regain it's crown. This gradual return to form is moving a lot slower than I had expected and the fact that Tangled has yet to receive an official trailer is very worrying. The most we've had is an uneventful teaser which slipped by virtually unnoticed on the majority of film websites and as a die hard Disney enthusiast I have to admit that even my patience are now wearing thin.

The trailer for "Tangled" is done...

Thank you Honor for your article..

I think Disney should make animated movies based on popular novels, for example Count of Montecristo or other (English or French literature are very good)... Disney must to do movies for all, males and females...