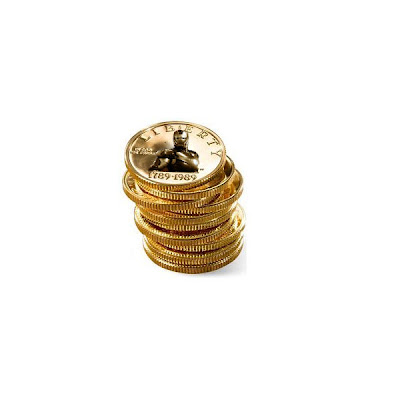 When it's all said and done later this year, "Iron Man 2" will put somewhere between 200 - 300 million dollars in the Mouse's vault...

Not bad for something they had zero to do with. But since they now own Marvel, they own the profits in the end run/long run. Even though Paramount Pictures is the distributor, they only get a distribution fee. The bulk of the profits fall back to Mighty Marvel and therefore, Disney. And this is all before DVD/Blu-Ray/Pay-Per-View/Cable/iTunes.

The same is true of next year's "Thor" and "Captain America" and 2012's "Avengers" and the as yet, undecided project. That one will be the last one distributed by Paramount and all other sequels of these franchise and anything else Marvel does will go under Walt Disney Pictures or Touchstone Pictures. That distribution fee won't exist or be needed.

Of course, then there's the other Marvel films that various studios are producing:

Spider-Man 4 over at Sony (Columbia/TriStar).

Ghost Rider 2 over at Sony (Columbia/TriStar).

Fantastic Four 3 over at Fox.

Wolverine 2 over at Fox.

Deadpool over at Fox.

A lot of Marvel aka: Disney projects not handled by Disney, eh? The funny thing to think about is how many other studios have films that are in production based on something owned by another studio? There are two or three other studios that are making films based on Disney characters (yes, Marvel characters are now Disney characters). And Disney will make some cash from each of these productions. Now it won't be as much as if they were making the films in house, but it's still cash. And make no mistake in thinking that Disney isn't watching what the other studios are doing with their properties. They will be making sure they follow those contracts to the letter. The L-E-T-T-E-R. Any deviation that causes them to be in violation would be pounced on before you could even think about it. Disney will make sure that this happens as I'm sure they're salivating at the idea of producing their own Spider-Man film. This is probably why you've seen Columbia Pictures work at getting a "Ghost Rider" film into production by September (because that's when the rights will revert back to Marvel/Disney).

By the end of this year there will be at least one or two films in pre-production on the Burbank Lot that will be Disney's first Marvel productions. Now, they've gone through the library of characters and narrowed down the prospects of what they want to do over the next few years of filming. But as of 2013 you should expect at least two films a year from Disney Studios featuring Marvel characters. It'll be part of their summer/holiday tentpole strategy. Just as Warner Bros. plans on releasing DC characters as their tentpole films as a replacement for the Harry Potter franchise.

So expect a lot of films over the next few years about guys wearing underwear on the outside of their clothes from the Mouse...
Posted by Honor Hunter at 4:26 AM

Any word to the rumor a month or so back about "Spider-Woman" and the actress that was rumored to be approached to star in it?

Not too hard considering ticket prices have risen an average of 30% this year thanks to premium 3-D. A matinee is $11 and full admission $14 and iMax is $17. For those prices I can wait a few months and buy the Blu-ray. I won't be rushing out to the noisy cineplexes anymore. The kids can have it since they have nothing better to do than go to the movies and happily shell out their disposable cash.

They will make close to the initial investment in no time... i bet even before the first official movie comes out under the disney label... if every movie makes between 2-300 million like iron man 2 that goes into disneys pocket and 7 movies are out or coming out over the next fews times that by 300 million max... and thats not even including dvds ... thats 2.1 billion right there.. half of the investment. not bad for letting other studios do the work

^Assuming all of those films are hits.

Where can I get me one of those cool Iron Man coins?

"Where can I get me one of those cool Iron Man coins?"

Anyone else notice the great Richard Sherman's song "Make Way for Tomorrow Today" in the end credits of IRON MAN 2?

^Well, that explains why Sherman thinks the Marvel buy is such a good idea... ;)

By the time you account for exhibitor fees (which increase with each week to favor the cinemas) and distributor's fees (Paramount collects 8% of revenues), Marvel ends up with a lot less of the haul.

In 2008, Marvel Studios released both the Incredible Hulk reboot and Iron Man. From those TWO films, they expected revenues in the neighborhood of $125m-$140m. Assume Hulk was only 1/3 of that take and that means Iron Man made less than $100m.