More Pooh, Sooner Than You Think... 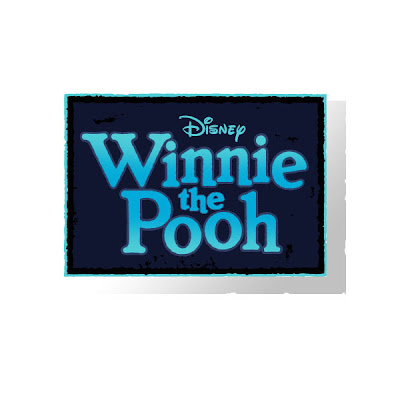 Walt Disney Animation Studios' next film is only six months away...

But most people don't realize is that the next one after that, is less than a year away. That's right, the next film after "Tangled" will already have been released this time next year. And it'll be hand-drawn. And it won't be the last one that is hand-drawn despite all the people proclaiming doom and gloom for the future of pen and ink. That said, the next hand drawn after that one probably won't be for at least a couple years.

So this time next year you'll have likely seen the new adventures of "Winnie the Pooh." Or maybe we should call them the other adventures of Pooh since they're based on original tales by A. A. Milne that weren't/haven't been animated yet. And from what I hear, the animators are taking a very classic look and feel to this story. And it's very deep into production now and will be close to being finished when Rapunzel gets her hair and relationship tangled on screen this November. I'm hearing that the artists and Suits, Ed and John included are liking what they see and hope the audience will as well.

So where does that put WDAS after 2011? What's up for 2012 other than the end of the world, I mean? Well, to be quite honest I don't know and neither do most artists/animators. See, John and Ed haven't decided what will be the next animated feature from the Mouse. Not that they don't have a list of projects. They've listened to quite a few pitches. A few of them have even been for hand-drawn films... but still, no decision has been made. One thing we do know it that the next film after the silly ole' bear, is going to be CG. And likely the next one too. But there are several projects that are being looked at for 2012. None have been given the green light. Some have been pitches that are waiting to get the go ahead to develop while others have story board artists drawing away for that all important day when the Creatives give it a harsh look over.

There is that project that Rich Moore is working on that had it's seed planted in what used to be known as "Joe Jump." Chris Buck has an original project that he's trying to get signed off on. Chris Williams' new film is one of these that is getting another pass. Some of the Suits, Cough, Ross, Cough, Ross, think it plays too young, so changes have been/are being made. And the old lions of Disney animation, Musker and Clements, have pitched a couple things to John and the Story Trust with plans to move forward into story as quickly as possible. And then there are several other projects, at least three or four other tales that are waiting for that magic word from John.

We should be hearing about a decision on projects by the fall. A couple of these films will have to move further down the pipeline so that production can begin in time for a 2012 release. The clock is ticking and it'll be interesting to see what winds up on the slate for Disney a couple years from now and beyond.

One thing I can guarantee is that it won't have anything to do with princesses...
Posted by Honor Hunter at 7:57 PM

So is there nothing like Princess and the Frog coming down the line? (And by that, I mean a hand-drawn film based on a somewhat original property). That's too bad, because Princess and the Frog is really a fantastic film. It wasn't quite Beauty and the Beast, but it's the best thing Walt Disney Animation has done in a really long time.

On top of that, those songs really get stuck in your head ...

I'll look forward to the announcement of future projects to come. I just hope the time spent deciding on future projects doesn't leave too much to be rushed for the final product of whatever WDAS has up their sleeve. Though we all know they're masters at their craft and in the past rushing a project to the finish line hasn't stopped their films from being great.

Great report, looking forward to some more news down the pipeline.

Honor - I may be mistaken, but it appears that Disney has a big hole in the schedule for Thanksgiving/Christmas 2011. Any chance Pooh gets pushed back to fill the slot?

I enjoyed The Princess and the Frog, but I have to say that I enjoyed Bolt a little more.

I personally am getting a little tired of fairy tales. So I am looking forward to the prospect of Disney Animation doing more original stories.

I'm very glad that hand-drawn animation is not dead, but I also like CGI, and I don't mind if Disney Animation does more CGI films.

What I am most looking forward to is a good story, and I'm glad that John Lasseter knows how important a good story is.

The new Pooh film should be fun. From everything that I have heard about it, it should be a good film.

What I want to know is why the Sherman Brothers aren't involved in this. I was pretty excited for this movie until I found out (just now) that the songs are by one of the writers of Avenue Q. It's not that I won't accept any Sherman Brothers substitutes (though I can't think of any reason to while they are still alive), it's that no one involved with Avenue Q should be let within 10 miles of Winnie the Pooh.

I still sincerely hope this movie will be good, but - sheesh, Disney.

Those Avenue Q composers also did the Finding Nemo Musical at Animal Kingdom and the Toy Story musical on the cruise ship. Two really great shows. I think they have the right credentials.

Keep in mind, Reuben, that only one of the Sherman Brothers is still alive.

The Finding Nemo Musical is so fantastic. Those songs get stuck in my head for the rest of the day every time I've seen it.

"Keep in mind, Reuben, that only one of the Sherman Brothers is still alive."

Both the brothers are still alive.

wow, if Pooh is pushed to summer then I guess that means Cars 2 is going to slip to Christmas after all.