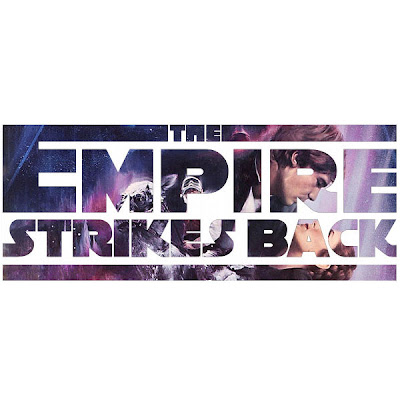 Who knew that after such a success like "Star Wars" that George Lucas would come up with a sequel that was better than the original...

On this day thirty years ago, "The Empire Strikes Back" was released in theaters. And it was beyond good, it was great. It was filled with the kind of pulp-serial love that pop culture geeks and the mass audiences could both find appealing. The film made box office records. It made a small boy in a small town dream big. It was a great time when George could do absolutely no wrong. This sequel pointed to an even greater ending to this saga (at least we hoped). He was the greatest film maker of all time, everything he touched turned to gold and at the time he was filming the Greatest Movie of All Time. But that's a story for next year.

Happy Birthday, Episode Five...
Posted by Honor Hunter at 10:28 AM

I must be in the minority, because I think Ep. 4 is a fundamentally better film then 5.

Ep. 5 (Empire) adds too much complication to the franchise that it ultimately never recovers from.

Think about it - How many characters are introduced in E5 that have absolutely no significant influence in the film? There are a lot of them. For instance, did you even NEED to see all of those extra bounty hunters? They do absolutely nothing for the film other then to become pop-culture references and secondary uses in other franchise material. That scene could have been re-worked into a cleaner and more effective introduction to the Boba Fett character.

I think that E5 is a good film and I take nothing away from that fact. However, a lot of people attribute it as "the best" primarily because of two vague reasons - "Darker Tone" and "Han - Leia Romance."

Costumes, special effects and franchise revelations aside, I still think that E4 is a structurally better film then E5.

FourWasBetter is not wrong in the opinion offered, however, as noted by the last sentence of the post...it is stated that E4 was STRUCTURALLY better than E5.

I concur in that statement. E4 was plotted and edited better than "Empire" but as far as giving more body and weight to the millieu and giving viewers a more emotional investment in the franchise, E5 is better.

To mildly disagree with a comment, let me say that marginal characters give depth to the entire background as opposed to being filler wasting screen time.

Would the backround actors in a modern bar scene or more feet/wheel traffic on a street or more crew on the ship beyond the lead characters be a waste? I don't think so.

The first two Star Wars films are far and away the best of the series. The second trilogy was complete and utter trash. I remember having such high hopes when I went to see Phantom Menace, and wound up being bored out of my skull. What made Star Wars (you listening, Lucas?) was not its concept or special effects but CHARACTERS like Luke Skywalker, Han Solo, Princess Leia and Chewbacca. Those were characters invested with real personality, characters you gave a damn about. I loved those characters and that's why I saw the second and third films in the original trilogy. Empire Strikes Back is the best of the three, with Return of the Jedi being the weakest (two many stupid Muppets in it).

As for Clone Wars, I could not care less about the early years of that dullard Anakin Skywalker, and none of the newer characters have any value. I think the only reason Lucas keeps the CloneWar crap going is because he just can't see OR admit that it's crap. He's going to keep on with it because he's lost his touch or he's just too arrogant to admit he blew it.

No Lucas isn't listening. He couldn't give a womprat's ass if a million screaming fanboys cried out terror and were suddenly silenced.