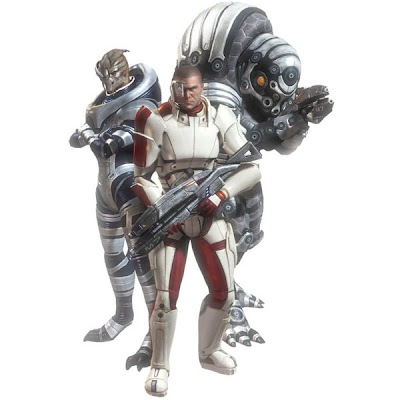 That's a phrase you would have heard over and over by many producers and studio suits if you had been in Cannes this year. With today's audience and the current state of technology there is little desire to do an old fashioned, slow paced romance. Big, loud and bombastic are the new coins of trade. As I've said in earlier post, right now if you plan on pitching something it had better be 3D or involve someone with powers a normal human being wouldn't have.

Such is the case with all the Marvel/DC films that are being made. All the films from Disney and other studios that are being released in the third dimension, not counting all the films that are being converted into that format. Let's face it, no one wants to deal with a normal story anymore. Not that it's permanent, but the current times, like the Thirties, have people looking for escapism. No one wants to pay money to see a realistic war film that shows a realistic enemy. The world wants a vacation from the reality of our fears and films are supplying that. Why watch a drama like "Ghandi" when you can have a "Clash of the Titans" instead? Or who needs a serious tale of love of cars and women, growing up and innocence lost like "American Grafitti" when you can have "Alvin and the Chipmunks" as an alternative?

What Hollywood is looking for, for better or worse, is a sure thing. A marketable idea that can apply to mass appeal across many demographics. And even though they have yet to make one that is a smash hit, video games tend to fit into this niche just like guys wearing underwear and capes. If you remember, last year I had a post called "Game On/Over" about what video games would/could make great or at least interesting adaptations. Well, some of those games are already now in heavy development. But now comes news about a game that I've never played (hard to believe, I know) that is wildly popular which may be the next project studios try and turn into a franchise...

Legendary Pictures ("The Dark Knight," "Superman Returns," "Clash of the Titans") has secured the rights to the BioWare title. Now, normally I'd brush this off as another attempt to get an incredibly difficult/expensive production of something like Halo. We all know how that movie turned out, don't we? But then I read who they are negotiating with to write the script and my interest immediately went from zero to sixty.

If you've read my post, "Unfinished Business" then you know he's written a couple things that I absolutely love. Sadly, both of these projects will never reach the light of day. The first he did was one of my two favorite scripts, "I Am Legend," which is not the mediocre film you went and saw with Will Smith. That was a pedestrian version of script that would have been amazing. The second is "Thor" which you won't see because it has already been rewritten to figure into the modern world so that the God of Thunder can interact with Earth's Mightiest Mortals. Sometimes the best work stays on the page, not the stage, I'm afraid. Let's hope this doesn't happen with the adaptation of this game. If Protosevich is working on it there could be a huge, awesome piece of cinema waiting to be filmed. Now, unfortunately, if it turns out great or not will depend on the whims of some, faceless development suit.

Because drama is dead and action killed him...
Posted by Honor Hunter at 7:30 PM

Ironically I'm watching star wars tonight. I see your point on escapism, and it's an unfortunate event, because great films are going unnoticed because everyone wants to see something they don't have: superhuman powers, or having a new body on a new planet.

Michael Bay Is The Anti-Christ said...

Star Wars is a blessing and a curse. Because of it the summer blockbuster has forever been corrupted into a vacuous tentpole of over-commercialized visual effects and merchandising and the art of film narrative has become obscured and obsolete. The great movies of the past were written by people who read books and understood literature and the art of story telling narrative. Today, there is no more narrative, only big explosions and a million visual effects elements happening on screen cut to the pacing of industrial music videos to distract the audience from the simple basic fact that there is no story whatsoever. Avatar is a primary offender of this as are the films of hack directors like Michael Bay or Stephen Sommers who just don't get it. James Cameron made great films once but even he has become obsessed with the visual circus act like Spielberg and Lucas rather than getting back to the fundamentals of basic filmmaking 101.

Drama isn't quite dead, but I hope for more quality films.

The problem with this theory is ignorance of the past. Not everyone can make a Star Wars or Spiderman. How many failures of Hulk did we have?

The good dramas and romantic comedies will always sell.

Sex and the City (not my favorite, but a female audience pleaser)
The Hangover.
The Blind Side.
Up In The Air.
Couples Retreat.

I'm wondering if any of you have played the game? If you have, you wouldn't be able to say it's not a great story.

It's one of the few video games that puts story first and foremost. It has a powerful narrative, engaging and unique characters, and a deeply emotional center in its hero.

Play the game and its sequel and see if you can keep harping on a bad story. You won't find such a thing in "Mass Effect."

A good story can still be part of a summer blockbuster. And if they don't screw up what they have in the original story, "Mass Effect" may be just that rare film: an engaging and heartfelt story that blows stuff up real good.

Mass Effect is okay space opera for a video game, but it's not exactly Shakespeare.