No Return To Persia... 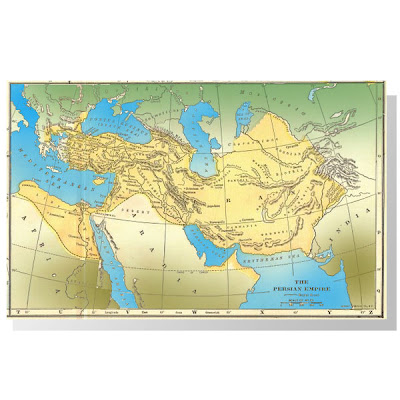 Well, with the box office now in it appears that not everything Disney is magical...

At least domestically. Prince of Persia: The Sands of Time came in a disappointing second place on it's opening weekend. If that wasn't bad enough, the number three film that almost beat it was about a group of aging, hormonally imbalanced, frisky New Yorkers and the number one film was an ugly green ogre made by a former cast member. Not quite what the Mouse had hoped.

Looks like Disney with that subtitle, "The Sands of Time" which was meant as an announcement of a possible franchise (read: replacement for POTC) is going to have to just be happy with just a single film. Unless Prince Dastan brings up a lot of Persian gold for the DVD/Blu-Ray release then it looks likely the sands of time have ran out for the dear, noble prince. Now as to what this means for Bruckheimer, not quite sure yet. After all, he survived "Pearl Harbor" didn't he? Let's just be thankful Michael Bay didn't direct this film. The Bruck is still Disney's golden boy and remember, he does have another Pirate tale to tell.

If there's to be another trip to Persia, then it's going to be up to the world (where the film was number 1 this weekend), not America...
Posted by Honor Hunter at 2:28 AM

I really liked the Sands of Time, I think it was really fun

I think 37 million is hardly a failure. My guess is that the "low" figure will not affect Bruckheimer's career.

Better than Kingdumb of the Crystal Skull.

"Better than Kingdumb of the Crystal Skull."

I don't even know what the heck this is supposed to mean.

For Bruckheimer, against Lucas? Huh?

Yeah, cause that stinker is such a money maker.

Better to lose money on C.S. Lewis than Persia, I guess.

Pearl Harbor opened to $59 million in 2001 and ended up with $198 million domestically.

With a $37 million 4 day opening Prince of Persia is looking to make between $125-$150 million domestically. This movie will probably end in the red when all is said and done.

Prince of Persia has already made around 130 million worldwide. Its doing fantastically internationally.

It will not be in the red by the time it goes to dvd/itunes/amazon. It will make big bucks on toys and merchandise because kids love adventure type stuff and the dagger looks pretty cool. It will probably make a little over 100 grand domestically.

But, I think the international numbers will push this prince to a sequel. Whenever Disney makes profits, especially on merchandise (Cars anyone?), disney loves to milk it for as long as possible (Cars anyone?).

It was just a fantastic summer movie and way better than Iron Man 2. But, maybe thats just me...

The Prince of Persia was beaten by a romantic comedy. I guess movies based on video games are dead.

I wonder if enough of their future films start to pull in these kind of figures, will Disney reconsider their stance on focusing on Franchise Films.

It does look like it's doing well overseas though. If that keeps up then it might just pull it off and end with a prince 2.

I'll be awaiting for the press release from Disney stating this movie did poorly due to Prince being in the title and the focus on Boy demographic and not enough focus on girls.

Narnia grossed 745 million, Prince Caspian grossed 480 million being released between Iron Man & Indy Jones 5. I don't believe Prince of Persia will even come close to any of Narnia's numbers. Disney should have kept Narnia but after splitting profits with Walden Media & C.S. Lewis's family it might have been a factor. Can't wait until this Christmas when Voyage of the Dawn Treader (Narnia 3) comes out.

It's not doing THAT well overseas, considering the movie cost 200 million to make - and that's not including advertising.

Dream on. PoP is in no way going to make big money on merchandising. It didn't appeal to enough kids. It's a flop. Period.

Next franchise failure for Disney? Muppets.