George is taking the grand tour... 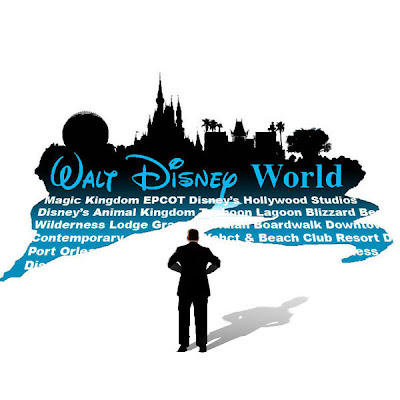 The rumors have been spreading for weeks...

Meg Crofton isn't the most beloved person at Walt Disney Parks & Resorts by far.  She's proof that not everyone Iger hires is up to the job.  Rich Ross is the glowing example of an experiment gone awry.  But even that had a silver lining with the hiring of Alan Horn, one of the best people in the entertainment industry and a gem of a man, a great person to run the studios.  So with the unhappiness with Meg, perhaps her possible departure could mean having someone take her job that is more in tune with what Disney is?

Now, I haven't confirmed this with many of my Bothans; most of them happen to be very busy working on projects in the Far East/West and I haven't talked to them much lately.  But I did send a secret message to a couple of them, and I'm waiting to hear if they know anything about this.  I've been getting some very in-the-know people telling me about this over the last couple of weeks.  What am I talking about?

Well, it's rumored that George Kalogridis, Disneyland's president might be moving on to bigger things in Florida.

Meg isn't known for her warmth and care, and she's not beloved by the Disney fan community for sure.  Her being put in charge of the One Disney project is an example of someone not liked, putting in to place something no one wants.  I can tell you that the Cast Members in Anaheim HATE the One Disney mantra.  They arbour being forced to do everything that Florida does, just because it's Florida.  After all, would you make all your children act and dress alike?

George is very well liked across the Disneyland Resort.  He's talented, very personable and extremely caring.  I do know that there has been talk around the Resort of him moving on.  And the job he's done has impressed Iger and Staggs.  If WDW is to get him to take over for Meg, then you can expect the quality of that Resort to increase dramatically.  He would be a refreshing replacement for a part of the Disney Empire that has had Suits that just don't "get" it.  Disneyland Suits aren't perfect, but most "get" it.  My hope is that should he get the position, he'll clean house and get rid of many of those around him that were connected to Meg.  The Orlando Suits are continually clueless when it comes to many of the quality issues that are commonplace here in Anaheim.

Now, should he go then that means that the Disneyland Resort will have to find someone to take his place.  I've already heard of a couple people that are being talked about for that position.  One of them is very well known by the Disney community and would be well received.  The other one I am not sure about.  But within the next few months you'll start to hear some changes coming the the Disney world.  Not just in Florida.  But it'll be interesting seeing who is put in place in all these positions before Iger makes his exit in a couple years.  He'll leave the company in a more powerful, solid position than his predecessor, but will Walt Disney World be better?

While I don't have any particular love for Meg Crofton (I too abhor the One Disney mantra), I'd rather see someone who respects the classic WDW ethos. The park was a completely different animal back when I first started visiting in the 70s. It was so "Florida." I loved that each park had its own distinct personality. I get the feeling that WDW has been undergoing a kind of "Disneyland-ification" lately. Although, it was great to get the Orange Bird back.

No doubt WDW needs help! But why not keep the guy who "gets" Disneyland in Disneyland? It's clearly working for them. WDW doesn't need to be more like Disneyland. It needs to get back to its roots. Viva la difference.

I think that's what Honor was talking about. He doesn't want WDW to mimic Disneyland, but to have the same high standards of quality, which Disney World is sadly lacking in.

And George is perfect for Florda, Unknown. He started there, so he'd be returning to his roots.

If that happens, there will be much rejoicing!

Well-received by the fan community? That's gotta be Matt Ouimet. At least I sincerely hope so. That would mean he leaves Knott's...isn't he still president over there?

Could it be McPhee? Wasn't he well liked during his tenure at Epcot? That being said, Matt would be ideal but for some reason, I can't see him coming back just to oversee Disneyland again.

Official. Michael Colglazier from DAK will be taking over Disneyland while George moves to WDW. Meg Crofton will remain President of Operations, Walt Disney Parks & Resorts United States and Paris

So is Meg Crofton also leaving?