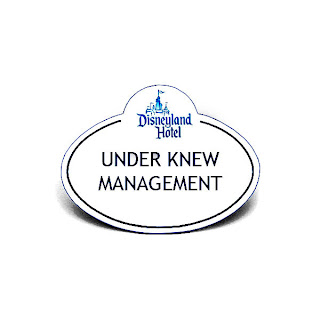 Twenty-four years ago today the Walt Disney Company bought the assets of the Wrather Corporation...

The biggest asset that it had was the Disneyland Hotel, which most people didn't realize that it was owned by another company.  But there were other assets that the company had which were/are of important to the Mouse.

The land near Long Beach Harbor where the Queen Mary was docked, and the Spruce Goose was stored was owned by them.  And eventually, they were planned to be the home for the impressive "Port Disney Resort" that Disney was debating about building early in the 90's.  It was never built, but it did inspire the amazing Tokyo DisneySEA.

The character the Lone Ranger was also owned by the company, as well as the rights to the old "Lassie" television series.  Both were sold off to make up for the money Michael Eisner had to pay for the hotel.  The irony is that Walt Disney Pictures has had to pay five times what it got for the character to simply lease it.  Not one of the best decisions that Disney Suits made back in the early 90's.

But business is business, and time will tell what today's decisions mean for tomorrow...

I do wonder how The Lone Ranger will do. I adore Johnny Depp, but it does bother me that he's always the focus in the advertising when the film is about the Lone Ranger, not Tonto.