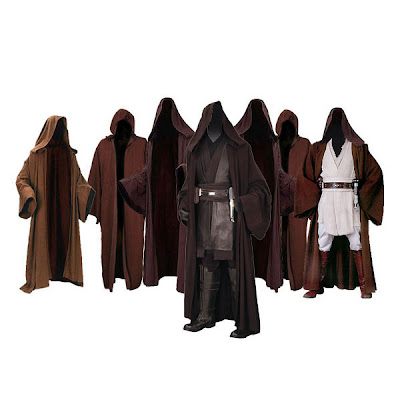 That's what it feels like lately with all the rumors and news that seems to show up.  I can't wait to see what happens when they announce the release date and director (likely this month).

But if you haven't heard, the Vulture is reporting that Zack Snyder wasn't exactly truthful when he said he wasn't interested in directing a Star Wars film.  What he meant was that he doesn't want to direct one of the "Episode" Star Wars films.  He wants to do one that is set apart, but in the same universe as the upcoming films that take place after Episode VI.

Snyder's developing a film set against a narrative based on Akira Kurosawa's "Seven Samurai" film.  A classic tale of seven masterless Samurai that protect a village from a band of raiders.  There has been an American film based on this film, called "The Magnificent Seven," which was set in the Wild West (ironic, because Kurosawa based his film on the American Wild West).  Apparently the film will not happen until after the release of Episode VII in 2015.

This is all in addition to the films that Lawrence Kasdan, and Simon Kinberg are working on.  This is in perspective with the two television shows, Clone Wars and Star Wars: Detours, plus ABC looking at the live-action series Lucasfilm has been developing make for a staggering amount of entertainment coming from this galaxy far, far away.  Hard to believe, but Star Wars is about to get much bigger.


UPDATE: Snyder has responded via a spokesperson to The Hollywood Reporter and he denies having any Star Wars projects on his future.  Not that Lucasfilm would be ready to say it was true, if it were.

That is, unless they're denying it and waiting for an official reveal from Disney. But that's unlikely. :(

I really liked the idea behind this, fake or not.

A lot of people are wondering what's going to happen with the 3d version of the little mermaid since the theatrical rerelease was just canceled is it still being produced has it been completed or is it just being tossed like the IMAX version of Aladdin was. I mean I know finding nemo and monsters inc didn't do that we'll at the box office with their 3d re releases but why announce and kept it on the schedule for over a year only to silently remove it without much of a notice. What gives. Please help me with this question I really wanted to see the little mermaid in 3d
Written by jeffrey francus

This is confirmed fake. Breaking news my ass.

No. God no. This is the same hack who "directed" that mess The Watchman. No.