The Power Of The Dark Side...

What I really want to do is direct a Star Wars film... 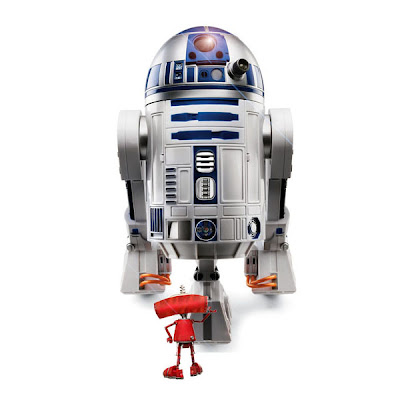 It's hard to resist what you love...

Especially if it's offered dangling before you like the dream you always wanted, but never thought you'd get. That's what J.J. Abrams came up against over the past couple of months it seems.  When you get offered what you never thought would be available, the temptation to say no fades into the background when you see the possibility of what lies ahead.

He had meetings with Kathleen Kennedy and talked to Michael Ardnt.  He had discussions with them about what they wanted to do, and where they wanted to go.  And he saw the 40-50 page treatment that the new trilogy will follow.  The one that Ardnt wrote and is using as the template for his "Episode VII" script.  He apparently liked the direction they were heading.  So he said yes to the most scrutinized directing effort he will ever have.

He will have fans of both "Star Trek" and "Star Wars" watching his every move, his every decision, and his every word for the next two or three years.  And the fans of Trek will have factions that not only don't like this, but downright believe that this is a betrayal.  I can only imagine the next Comic-Con that Abrams shows up to will look like.  Remember also, the next D23 is this fall.  Can you imagine there won't be a strong Star Wars presence there?  It will, and I happen to believe that there will be a panel, or large section of the main Walt Disney Pictures panel that will focus just on Star Wars.  You better get your tickets now, and stand in line soon because it's going to be mind numbingly busy.

This will be the same type of panel/session as what happened last time with Marvel when Kevin Feige walked out.  With that in mind, expect to see Kathleen Kennedy show up on stage, and I would be surprised if she didn't introduce the director of the new film.  And I expect him to come out and talk how excited he is to be working on a childhood dream, and not reveal ANY information  about the film.  This is J.J. Ambrams, after all.  And we're all going to be living through his dream over the next couple of years.

Hopefully, that won't feel like a long, long time...
Posted by Honor Hunter at 8:37 AM

Yes, my sister and I have been talking, and we both agree that there had better be some kind of update about Star Wars at the Expo, if not, there will surely be a riot!

I'm assuming we'll get an official title at the expo. Maybe some rough concept art, nothing more. Would be greatif they brought the original cast on stage to talk about returning to the franchise. But I expect very little.