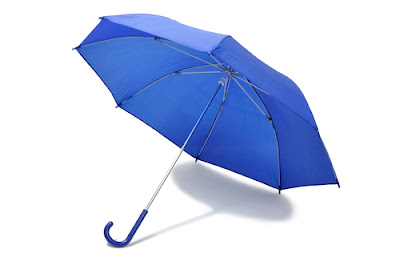 Pixar is about skating the edge of entertainment...

In an article a while back I posted a comment by Glen Keane where he perfectly described the difference between Disney and Pixar.  Basically, he said when it came to stories, the Mouse was about "Once upon a time," and the Lamp was basically about "Wouldn't it be if..."  And that in a very tiny nutshell is the difference between the two.  It's not exact, and it's not the end all, be all, but it clarifies the reasons for each division of the animation studios inside the Walt Disney Company as good as an explanation as possible.

Pixar makes great shorts.  They push the envelope of technology as well as expand the scope of entertaining the audience.  And each new film has the bonus treat of a new short from the little dream factory in Emeryville.

This summer when "Monster University" comes out, it'll be accompanied by a new short entitled: "Blue Umbrella" that will carry on the tradition of these talented animators giving an inanimate object a soul.  And that's not something easy to do, although John Lasseter and his crew have been doing it since they started with "Luxo Jr." back in the Eighties.

Today, Pixar has released a short clip from the photo realistic short in an article at the Wall Street Journal.  It that takes a few lines and adds them to what would be just a normal prop, and adds a heart to it.  Take a look and then count the days till you get to see this.

More magic from the Lamp...
Posted by Honor Hunter at 8:38 PM

You know, truthfully, I don't think Pixar is THAT great. Toy Story 2 and 3 and Finding Nemo were GREAT. But actually I think that Despicable Me, Lorax and the original Ice Age are better than the rest of Pixar's movies. Those three movies have humor reminiscent of the old Warner Brothers cartoon shorts. So to me, Pixar vs those movies are like the old Disney shorts vs. the WB shorts, WB was better. Also, Pixar's shorts are not even close to the old WB shorts.

Pixar's shorts are better than their feature length films these days. Brave left me wanting "more" story wise, but La Luna was well-rounded and satisfying.

And Boundin and Night and Day intrigued me more than Cars 2, Toy Story 3, and Up. (I just hope Monsters University isn't a glorified and stretched-out version of Mike's New Car.)

^ Addressing the above comment, Despicable Me and Lorax are well-made and entertaining films, and they do something that Pixar has neglects in recent years: they speak to kids and families, (and less so to middle-aged men.)