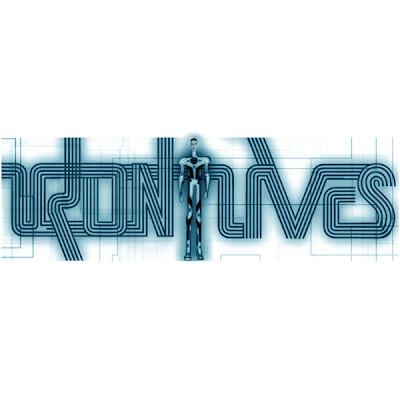 It appears that the ratings for the Disney XD show "Tron: Uprising" aren't nearly as strong as the Suits would like, and this series is on the verge of being canceled at the end of the season.  Not enough people are turning in to the shows toward a second season. That's kind of sad, because it's really quite good. The stories are interesting, characters are the kind you care for, and the animation is top notch, particularly for television show.

No decision has been made yet, but the artist working on the show appear to see the writing on the wall as well as some of the producers/directors of the show.  So unless a lot more people start paying attention the series, this tale will never be fulfilled, and we'll just have to wait and see if a legacy continues.

If you haven't seen the series, may I suggest you take a look at it. It's really quite fun, and something the creators of the show are quite proud of. I feel one the main problems is a long hiatus, erratic time slot and a lack of a cohesive advertising strategy across various platforms.  Disney's marketing started off marketing the show cleverly, but has since dropped the ball badly.

As for as for how this affects the green lighting of the sequel to the sequel, we don't yet know...
Posted by Honor Hunter at 2:26 PM

This is strictly Disney's fault. 1, the show doesn't belong on Disney XD. It is too mature to mix itself with so much immature content. 2, as you said, the time slots have been all over the place and have been crappy. It's now on apparently on Sundays nights at midnight. And 3, I also agree with you on the advertising front. They haven't been trying at all in any recent history.

I really hope Disney gets a reality check and looks within for changes, rather than out and getting rid of a show with a superb story, animation and vocal work.

Perhaps if they didn't broadcast new episodes at midnight on a Sunday night they might have more viewers.

Same way they (mis)handled John Carter. When Disney doesn't care about their own product they know how to make it fail themselves. Heck, I didn't even know the second half of episodes were even airing or when. They promoted the hell out of it before it started and then did nothing to promote the second half of the season and are cutting their own throats to insure that it will not get renewed. I have little faith Disney will do much to promote a Tron 3 either.

While I agree Disney hasn't "pushed" it as much since the initial batch of episodes, the fact is I lost interest before we ever got to next batch. Why? The story line(s) were just too complicated for (my son) and I to follow. The production quality was high, but let's face it: a half-hour animated series shouldn't be all that complex. Personally, I don't think this affects whether a Tron 3 gets made--if they come up with a good story.

Admittedly John Carter was mishandled, but they had good reason not to have faith in that film. You have to admit it was pretty bad.

Actually, if you've read my posts about John Carter, you'll know that I happened to think that it was a very good film.

A very enjoyable, and fun adventure that was mangled in marketing but people that had no understanding of how to sell sweeping fantasy adventure.

They could've put the fans in charge and made a bunch better decisions, and simply let Mondo do the posters/banners..

But I've already mentioned this before...

Meh. Another kids cartoon show that's some style, zero substance. That's a notch above the movie (both of them), but not much.