The world is not enough... 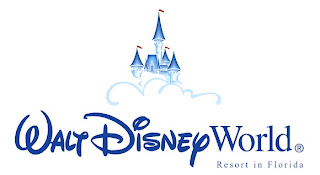 Less than a week, actually.  So George Kalogridis is really going to the Florida Project.  Which is a very good thing for Florida.  It means the standards there will rise dramatically.  Hopefully he brings some of his own team and brushes away much of the deadwood that resides in the Team Disney Orlando building.

But I expect a lot from Walt Disney World now that he's in charge.  He's human, so I don't expect him to be able to move mountains.  It's a huge bureaucracy that he'll have to maneuver though, but he should be able to clear a lot of the obstacles and start having incremental, positive steps.  And each step forward is a good thing.

Now, as for Micheal Colglazier, I'm not of a particular opinion on him.  I don't know him as well, I haven't met him, and don't want to color it, casting a negative light on him before he's even gotten a chance to show us what he can/will do.  He was one of two people who I heard were up for this.  The other one, unfortunately couldn't get out of contractual obligations, and wasn't able to take the job.  Micheal is apparently well liked by the Cast Members at Animal Kingdom, and so far what I hear sounds like he's a talented and sociable suit.  Time will tell how he does as the head of the Disneyland Resort.

I know many people are upset about the "Avatar" reference that was applied to his name, but that truly came from higher-ups.  He had nothing to do with it other than endorsing it, which is about all he could do at the time.  DAK has been in kind of a frozen state over the past five years and he's been there, so the best that can be said is he didn't let it go downhill during his time there.  No astounding news or breakthroughs, no major challenges or surprises.  He seems to be a safe bet.

It'll be interesting to see if Stagg and Iger's bet pays off...
Posted by Honor Hunter at 12:11 PM

I wonder who the other one is.

Maybe he'll convince them to change that Dinosaur ride in WDW to a wonderful Indiana Jones ride like in Disneyland! *crosses fingers* :D

There have been numerous 'downhill' shifts under Colglaziers leadership:

And in the face of all these diminishments, and I can't think of a single significant improvement.

A pretty miserable tenure by Colglazier, in my opinion.

Dinosaur is a great ride. If anything they should replace the Indy stunt show with the ride in DHS. I want to know more about Avatar-land in DAK. I mean, what??? WHY!?? Avatar would be great as a behind the movies attraction showing mocap at DHS. Why a land!? WHY!!???

Great,so he sucks?? I fear for Disneyland then! However maybe finally Tree of Life will get the fix it needs!!

Those things were well beyond his control, WED!!! >:(

I worked at DAK for my College Program, and I saw Michael numerous times around the park. I don't know about how well he would do at Disneyland, but I can say that he genuinely cares about CMs. He is extremely nice and takes the time to see how things really are. All the CMs like him, and considering he's their boss, I'd say that's a pretty good sign.