The Second Coming Of Lucasfilm... 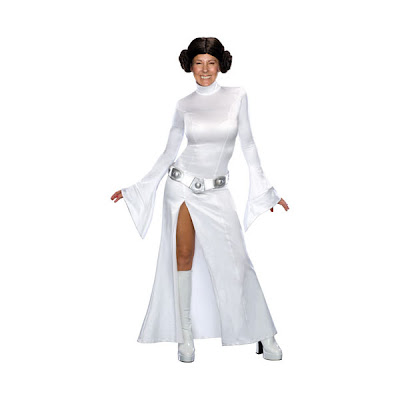 The Lucasfilm of the past three decades is finally moving on, growing up...

There's a great article in The Hollywood Reporter about Kathleen Kennedy, and what it's like for her to run the company that makes Star Wars.  It really is a crack into the world she travels in and her approach to all this madness.

You can tell that her style will definitely be different from the Bearded One.  It's going to be an interesting five years ahead (which is how long her contract will be).  Not just for these films, but the others that she moves into production for the Lucas brand.

My favorite part of the article is the quote where she talks about J.J. Abrams leaving a three hour meeting with Michael Arndt and Lawrence Kasdan and her, where she said afterwards he "was on the ceiling" when it was over.  That must of been some story session they had with him.  Wouldn't you like to be a fly on the wall in that room when it went down?  How many people would kill to see that script Arndt is going to turn in?  I have a feeling this is the beginning of something beautiful.

That picture doesn't give me much hope.

I fear that, like the Muppets reboot, Disney is going to go the safe route by pandering to the original fan crowd too much, creating an overabundance of unnecessary tie-ins to Episode IV, just to show narrative continuity (whether it needs it or not.) The rumored inclusion of Han Solo, Luke, and Leia is making me feel that Disney and J.J's main objective is to make 1977-era kids happy, instead of drawing in new fans from 2015. Say what you want about the prequels, but a new generation of young boys loved them. Disney may even title Episode VII "A New Beginning," just to solidify their point.

On a more optimistic note, I am eagerly anticipating the other projects Lucasfilm is currently working on. The studio has so much untapped potential, and there are several projects that have been in development hell for too long ("Untitled Fairy Musical" comes to mind.) Lucasfilm is so much more than Star Wars, and I hope Disney doesn't forget that.