Being a player isn't easy... 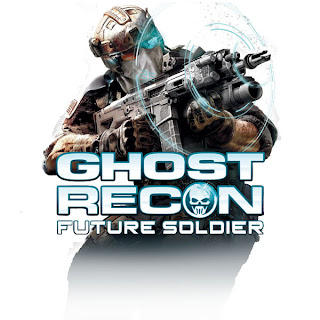 Ubisoft Games is ambitious, there is no doubt...

After announcing last year that they were starting up their own film studio/production company to develop projects based on their game properties, they quickly set about setting up deals in Hollywood akin to the one Legendary Pictures has with Warner Bros.  Maybe it was the reaction to the adaptation of "Prince of Persia" or simply realizing the potential they had with the content they owned or controlled.  But they started have continually moved forward in the murky swamp known as film development.  Today, they added another property to their list of adaptations.  It's also what I think is the most likely one to make it to film first.  If they attach the right talent, with the right director, writer and actors, then this could be a franchise property: "Ghost Recon"

The series of games based on a Tom Clancy created storyline is something that could make for a compelling action film in a world where a gun being fired needs no subtitle.  They've even made a short film to sell the upcoming "Ghost Recon: Future Soldier" game, an it's definitely not an amateurish undertaking.  But just like "Assassin's Creed" with Michael Fassbender attached to produce and "Splinter Cell" with Tom Hardy set to star, they'll need talent attached to make it a draw for audiences that have never picked up a joy stick.

But if Ubisoft can make a profitable venture of this film, its brand will carry the adaptions of "Assassin's Creed" and "Splinter Cell" to further chances of success.  Perhaps as I stated in my original article about the company's creation of this division, this is the future way for video game films.  Leaving out the studio suits and their mangling of a property just so they can claim its success if it succeeds, or blame it's failure on someone else.  Microsoft has partially tried to do this with Halo, but only half-heartedly.  But there are profits to be made in games, and with games if the right people are put in charge.  Good stories will create good box office.

If only suits will stop playing games...
Posted by Honor Hunter at 11:49 AM