To Infinity And Beyond... 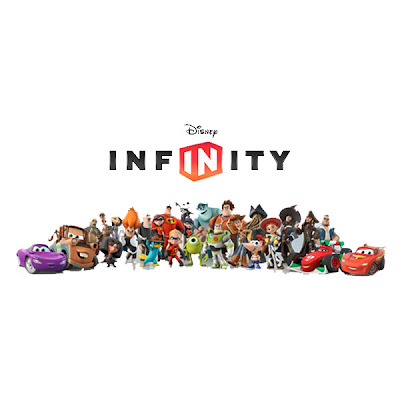 The Mouse's most disappointing division is gaming...

The least profitable division after that one is the film studio, and it made a profit in the hundreds of millions.  But not the gaming division.  It suffered a very large loss, and it has been bleeding money over the past four or five years.  It's the one area that the Walt Disney Company hasn't got a grasp on.  Part of it has to do with gaming strategy, and part has to do with the companies that Disney purchased as it tried to buy its success.

That may have worked in film, but it hasn't in gaming.  Mainly, because the companies that it looked into getting weren't of the same caliber in games as Pixar, Marvel or Lucasfilm are in films.  Disney Interactive has been struggling to find a path to that elusive success.  One of the new directions that it's planning on heading is with a new strategy that is the focus point of a game called: "Disney Infinity" that comes out later this year.

It basically lets you blend into different worlds of the Disney empire (Pirates, Animation, etc.), and go on adventures that immerse you in those experiences.  There are plans to spread it out across multiple platforms, and numerous levels.  If you'd like to see what it'll look like, click here.  Of course, this doesn't address all, or most of what is wrong with the gaming division, but it could be a path to profit.  Not the only one, but one.

But Iger and his Suits need to take a look at what he could have bought, and buy them...
Posted by Honor Hunter at 12:42 PM

I basically agree with you, but--for the record--the TRON app was one of the best (free) games I have ever played (and I still play it once in awhile).

Hmm, from the graphic you've included with this posting, it seems as thought Infinity is going to start with a focus on Pixar, Pirates, Nightmare Before Christmas, Wreck It Ralph and Phineas & Ferb. No Mouse, no Princesses, no Peter Pan or Pooh to be seen.

Whilst I have no major interest in this game, I'm hopeful that it pushes Disney Interactive into the black and helps to force integration to a mashed-together division.

Honor, I would love you to write a "Disney Movies that aren't Disney" type article based on video games. Perhaps then, we may see what kind of companies, stories and characters Disney should have, if the studios were managed effectively back in 2006/07.

Lucafilm is successful because of the properties they have, not the gaming talent they have.

Most of the hits they've had like Battlefront under Lucasarts were done by other companies like BioWare.

They've really done a bad job with their own properties, like Indiana Jones with "Staff of Kings" really. It's a boring game that doesn't take advantage of the character. Like Honor points out, Uncharted does Indy better than Lucasarts. They should hire everyone at Naughty Dog to come over and make an Indy game.

I love all Disney movies and all Disney games. It reminds me my childhood and the memories around those games we had. So I read whole post with a smile and thought of posting comment in here. Thank you for taking out this topic.

Disney has a fairly good collection of gaming apps for iPad. My 3 year old daughter enjoys her Mickey Mouse, Princess, and Winnie the Pooh apps. The theme park apps are fun too. There could be more and improvements, but I'm largely satisfied with the quality.

Perhaps they are not making money because the pricing for the apps are so wrong. Some apps cost $3.99 to $4.99, which are too expensive. I gravitate to the $0.99 to $2.99 apps. I love the free apps. Many apps are quite short with the amount of content contained within. Sometimes you don't know what to expect. I don't mind paying more if I know there is more content.

Disney has a good bunch of fairy talks and similar stories.