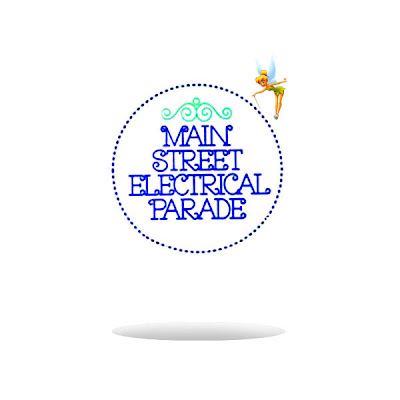 Change comes in bits and pieces...

In small bits actually. Just like my info from Bothans. I've usually waited until I've gotten a rather large collection of it before putting out a BSB report, but with the economic changes and all, the new comes in at a much slower pace than usual. So I've decided to give you a series of more focused, localized reports on specific changes.

Sometimes change is good, sometimes it's bad and other times it's a mixture of both. Such could be the case with the changes coming to DCA's Electrical Parade later this year.

When the parade comes back it'll be a different parade. How different? Well, right from the start it'll be evident when you notice that the Blue Fairy no longer leads the parade. But just so you don't feel so bad, it'll still be lead by a fairy...

Tinker Bell. Yep, that little marketing bonanza from Pixie Hollow will be the first thing you see when you watch the new Electrical Parade. But it's not the only change. They're taking away all the circus elements. No more Dumbo or the clowns. But they will be adding two new floats. One will be a Seven Dwarfs float, so don't expect Snow White and those seven miners to be walking anymore. Instead they'll be waving from the float at you.

Gone also will be the classic music. The new tunes will be from a variation of Tokyo Disneyland's Electrical Parade Dreamlights, so go over to YouTube and take a look at theirs if you want to see the future of ours, music-wise. Not necessarily look-wise. But there's going to be a lot of tinkering with the electrical wiring and such, so you can expect a much improved show from even all the other floats.

Now this could be a good thing. Time will tell... Some of those floats are long in the tooth and much of the technology is twenty or more years old. So it's important to keep that in mind and be on the lookout for a whole different experience. The only thing I'm truly sad about is the Blue Fairy... I was kinda sweet on her. But nothing last. Time moves on and we have to adapt to the world. Even a Disney world.

Disneyland Paris used to have a 7 dwarfs float, and it came from WDW or another park, it was added later.

Thanks for the info! I've been waiting to hear about the new stuff coming to the parade.

One quick question: when you say the soundtrack will be like "Dreamlights," do you mean the orchestral aspects as well or purely the electrical version?

The Dwarf mine float used to be at Disneyland for a fact. I know this because I was watching it once back when I was in high school and the float stopped suddenly and one of the dwarfs flew off the front to the ground. You heard what I am guessing was the girl inside the suit scream.

A crowd of security and managers rushed to her aid but they just laid her on the front of the float and she still had to make it all the way down Main Street laying there. She fell near what is now Pixie Hallow.

Doopy driving a mine train filled with glittering jewels was one the best parts of the MSEP. In fact, they would take that "float" to other Disney events, like the fourth of July Hollywood Bowl presentation, to show it off. So I am hopeful that the new floats is as impressive as the old. As to the circus music, it was great. The animated Prince John praying the colliape. The sound was upbeat and happy. It made a significant contribution to the mood of parade.

cool update. i am however kind of hoping that the main street electrical parade returns to MK tho. Any info on how that could work out? didn't MK have the parae back about 10 years ago?

I'm glad to hear Snow White is finally getting her own float but did they have to take out the most visually interesting floats to do so?! The dream lights sound track is pretty cool, or at least tolerable.

They should really just retire the parade already. This whole "change a couple floats" thing is really cheap. How about bringing the whole Dreamlights show to DCA, or Disneyland, or dream up an entirely new nighttime parade?

Change is good. New is better. New music is a good change.

Now, that they really need is new lighting effects. How about something completely new and different?

This is making the Blue Fairy really have the blues! ;)

Both the "Diamond Mine" float and the two floats that make up the Pleasure Island (Pinocchio) unit (Fun House Face and Cigar Store) were originally added to Disneyland's Main Street Electrical Parade in 1985, and were sent to another Disney park after the parade was retire in 1996.

Change is usually good, but in this case it isn't. Messing with the ELP is wrong... I know Disney has tried to do it quite a few times... Now, as much as I think adding more floats is a good thing, taking the best ones off (the circus floats and the blue fairy float), not to mention taking away the classic music with some pathetically weak sounding replacement, will ruin the parade. I guess only time will tell, but I can tell you that if they keep the music identical to the parade in Tokyo I won't ever go and watch the new ELP again. Bleh!

The Blue Fairy is supposed to be staying, and tinkerbell will be somewhere in the parade(probably behind pan). The Snow White float is nothing other than the DLRP dwarf mine float, from the original parade line-up at DLR. Snow white will still walk in the front, dopey and the mine carts will follow, then the dwarf mine, with the others on it. The Pinnochio floats are also schedlued to return to the parade as well. Disney hasnt confirmed anything on dumbo or dreamlights soundtrack yet..

Ugh! When will they learn NOT to mess with this parade, The music and the lion from the circus section were my favorite parts! oh well....

Ok first of all, to all of you out there! The parade willbe moving back to the Magic Kingdom this spring and will be called The Main Street Electrical Parade once again. I am sad that the Blue Fairy might be going and also the Circus units, those were the best. The dwarf mine carts are staying as well as bringing back the diamond mine float also. As for bringing back the pleasure island unit. the big clown faced float has scared a lot of children in the past, so i am kinda on the fence. Also the To Honor America ending will be leaving also to make room for a new ending remembering the "Remeber Dreams Come True" firework show! For some reason i think that they will bring all of the old floats back to make the total of 40 parade units! I would really love to see the whole original parade! so thats about it!

An update from the same person that posted a comment above, the parade will saty at DCA, the blue fairy, circus units, and mr.smee's boat are gone for good. there is a ideo on youtube that has a test run of the parade when the park closed for the night, from what i've seen the parade is 80% better. they have added pixie trails on almost all of the floats. a lot of the original floats were totally overhauled and made brand new, for example. The To honor america float is totally refurbished and goes down the parade route in pieces with tiny gaps in between, and those fireworks that are stationary are gone and light screens have the fireworks look like real ones. Elliot the dragon has been totally reformed and has all new lights, and looks more like a real dragon, the mine float had led lights on it and the old christmas lights to match the rest of the parade, but from what i've seen it looks really really good besides the very long gaps in between the units.