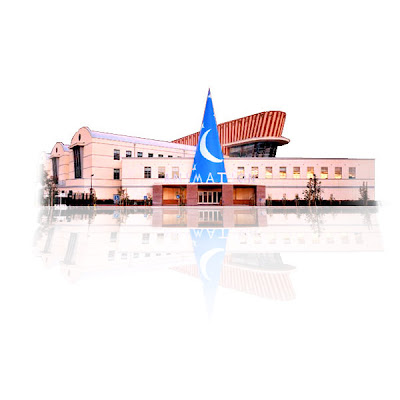 I missed this last week...

Rotten Tomatoes has a nice photo article about the Hat Building over in Burbank. For those of you that don't know, that's the building where Walt Disney Animation Studios is located. For now at least...

John Lasseter isn't a fan of the building design and has wanted to move from it since he got there. First, the plan was to build a new one over next to WDI in Glendale so that he wouldn't have to travel as far and his valuable time wouldn't be having so many commutes. But the plan for a "Glendale Kingdom" was nixed by Iger, who didn't want the studios' heart, the animation department, moved off the lot. Then plans were drawn up to have it built in the parking lot there, but that was nixed when it was learned how much the cost would be for underground parking.

So the plans went back to the drawing board. Of course, if "Princess and the Frog" does great and the buzz grows on "Rapunzel" you can expect Lasseter's wishes listened to a bit more.

In the meantime, go over to Rotten Tomatoes and check out the cool pics of the hip digs...
Posted by Honor Hunter at 6:07 PM

Not much of a tour. We see the front door, the lobby, a snack bar and some artwork. Pretty restrictive guidelines I guess.
Doesn't sound like next month's dvd will be all that revealing about Bolt's production either.

Click on the link that Honor put on the Hat Building and you'll see a whole lot more pics.

It's kinda like an easter egg that he put there.

John's not the only one - I've yet to hear of *anyone* who likes that building...

When I first saw the animation building (from the freeway), I thought to myself that it looked like it was designed by Madonna. I believe that she had her house painted like that.

I worked in that building for four years- and it sucks. It was designed to be looked at from the 134 freeway and not to be worked in.

You want a smart design that was meant to house animation production? Look at the original anim building on the lot.

are you giong to next blue sky buzz new dca update ? jut wating to know

This begs a question that has been niggling in my brain for sometime. What is Lasseter's relationship with Roy? That building was designed and opened on Roy's watch. I guess I assumed Roy's connection to the Pixar brains was tight, but maybe this architectural disdain masks something greater?

Not sure it had anything to do with the "commute"...it's only five maybe ten minutes down Riverside Drive...respectfully.