Birth Of The Lamp... 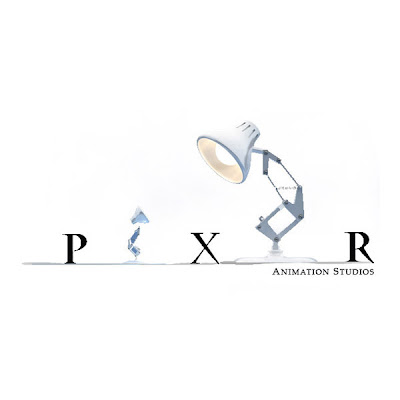 On this date, twenty-three years ago...

George Lucas created a branch of Lucasfilm known as the Graphics Group in the Computer Division. Years later, in the midst of a painful divorce, George would sell the division in search of cold, hard cash.

The buyer was Steven P. Jobs and he rechristened the company "Pixar" with a plan for selling the innovative software that they'd been developing under Ed Catmull. Oh, an there was this side project where they were testing the animation with computer generated shorts by a newly hired guy named John Lasseter.

Artwork based on an original picture by Jon Eastwood.
Posted by Honor Hunter at 6:00 AM

This is a cool blog.

23 candles for the lamp.

To be fair, Jobs did try to see Pixar for cold, hard cash numerous times as well.

23 years ago Lucasfilm's Graphics Group was spun-off into an independent company (Pixar) after the buyout by Steve Jobs. Lucasfilm's Graphics Group was founded by Ed Catmull in 1979. The co-founders of Pixar (after it was named an independent company on February 3rd, 1986) are Ed Catmull and Alvy Ray Smith plus 40 founding employees (notably John Lasseter.)
You had a few factual errors, hope this helps.

Oh and lets not forget Lucas sold Pixar beause he needed the money because Howard the Duck was a big financial dud, and he needed the cash to save his studio.

Howard the Duck had nothing to do with him selling Pixar, Anonymous...

To be fair, Jobs did try to sell Pixar for cold, hard cash numerous times as well.

And there were originally two divisions of Pixar, hardware and software. Jobs managed to pawn off the hardware division to one of my former employers for a cool $2 mil. Total score, since the Pixar Image Computer's lunch was being eaten by Sun Microsystems at the time. (Former employer filed Chapter 11 shortly thereafter.)

The tenth one down! Here's the quote!

"According to reports at the time of the movie's release, George Lucas was heavily in debt (having just built the $50-million Skywalker Ranch complex) and was counting on this film to get him back in the black. When it bombed, he was forced to start selling off assets to stay afloat. His friend Steve Jobs, the CEO of Apple Computer, offered to help by buying Lucasfilm's newly-launched CGI animation division for a price well above market value, and Lucas, in desperate straits and thankful for the assistance, agreed. That division eventually become Pixar Animation Studios."

The reason he was in dept, Anonymous, was that he was going through a divorce from his wife and the funds that he used to build Skywalker Ranch made it that more desperate. He didn't fund Howard the Duck with his own money, he was hoping his profit participation in the picture would bring him a lot of money. And as for Steve Jobs selling the company above its market value, Lucas originally wanted between 20-30 million for it. He settled for 10 million. So sorry, Honor is not wrong. I know, I was there at Lucasfilm at the time.

I gave you a quote and you gave me an opinion. Opinions are like assholes, everyone has one, so keep it to yourself!

No, I gave you the wisdom of somebody that started out with Lucas when he was just starting up. I gave you information based on actually knowing the man, unlike you, I've met him and had to deal day to day with him. You give us a quote from IMDB which is the opinion of someone. Do you think that website is perfect and provides no fault? Simply put, you're a troll. The kind that tries to nit-pic someones comment to death so as to rationalize your own pitiful existence. And no matter how much you want to believe it, Howard the Duck was not the ultimate reason Lucas sold Pixar. I know the man, you don't. I was there, you were not.