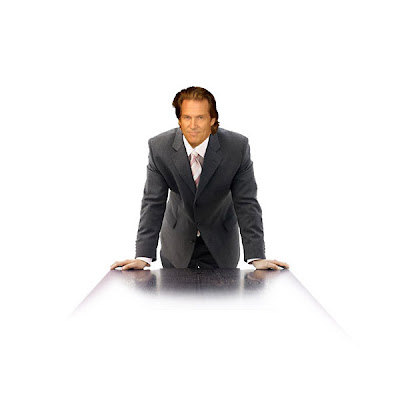 After having watched the teaser trailer they showed at last years San Diego Comic-Con, this should come as a no-brainer...

Geeks of the world rejoice and let the pilgrimage to Nerdvana begin!

WTF?!?!? TRON makes it sound like another remake. There needs to be something to distinguish it from the original. I was perfectly fine with TR2N.

So after his futile attempt at a hostile takeover of Stark Industries, Obediah Stane is CEO of Encom Corporation. God help us.

There will be a difference in this Tron and the first Tron.

This one will have a good script.

TRON UNIT, it's not a remake, but they're calling it that name...

Think of it like "Weezer" where each album has the same name(Blue, Red, Green), but it's an entirely new one with new songs.

Or just think if it was STAR WARS where all the films were just called STAR WARS but not every STAR WARS film or television show or video game is worthy to bare the title STAR WARS.

Sheesh Tron Unit, you sound as bad as Mola Ram!

I think geeks have forgotten the meaning of geeking out. I, for one, plan to preserve the tradition and will show up at the theater in replete Bruce Boxlightner garb, right down to the glowing Frisbee and Yes/No bit. (My daughter will be dressed as the Yes/No bit.) May the tradition live on!

It is Tron Legacy