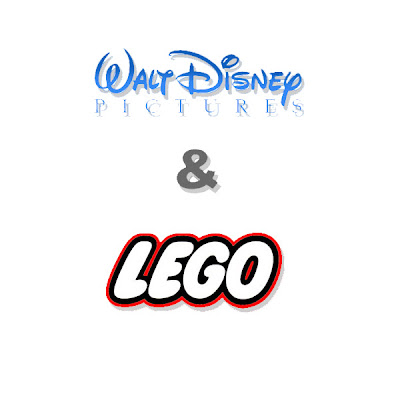 Lego and the Mouse have inked a multi-year partnership to produce lego versions of their upcoming Walt Disney Pictures films...

This means alongside all those Star Wars and Indiana Jones Legos you're going to be finding versions for "Prince of Persia," "The Lone Ranger," "TRON," "Alice In Wonderland," "Rapunzel," "Cars," "Toy Story 3" and "Pirates" over the next few years.

Prepare to build some magic... 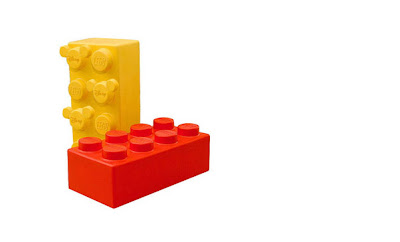 I love disney, it's so sweet.
be happy.

Darn, I will miss Disney's relationship with Mega Bloack. :P

This is good news for me and the other LEGO fans in my family. We've really enjoyed building licensed and unlicensed sets through the years. It will be interesting to see what sets will be released first.

Interesting, but fun news for sure. I wonder if this will effect theme park attractions. Lego already has a park, but I doubt we'd see any Disney content represented. And Lego wouldn't want Disney to put anything into their parks.

It will make for some fun merchandise though. :)

Great idea. Makes me wish I was a kid again so I could play with my LEGO once more.

I've been wanting a Pirates of the Carribean LEGO set for a while. We always loved the pirates sets in my house.

Must go find my boxes in the loft..

"Great idea. Makes me wish I was a kid again so I could play with my LEGO once more."

I'm turning 19 years old on saturday (the 21st) and I asked for legos haha.

I wonder if they will go beyond just the movies, like the theme park rides. I would love to build the Contemporary with the monorail going through it, or Cinderella's Castle.

"I wonder if they will go beyond just the movies, like the theme park rides. I would love to build the Contemporary with the monorail going through it, or Cinderella's Castle."

Not without paying over 400 dollars. Legos are extremely expensive :(

According to what I've read, the initial agreement covers only Toy Story, Cars and Prince of Persia. Cars will be the preschool DUPLO sets only--probably very similar to what Mega Bloks has been making.

Toy Story will be DUPLO and the "System" sets, which means little LEGO minifigs of Buzz, Woody, etc.

PoP will probably be System as well.

From what I've read, LEGO stated it has no intentions to pursue a PotC license because the films didn't reflect LEGO's "core values." LEGO already has its own Pirate line so they probably don't view it as a worthwhile investment in the licensing fees. We'll have to see if a 4th film changes that outlook. ;)

Would LOVE to see sets based upon the theme parks! :D

This was a no-brainer. I never understood why Disney was with Mega Blocks and not Lego.
This fixes that.