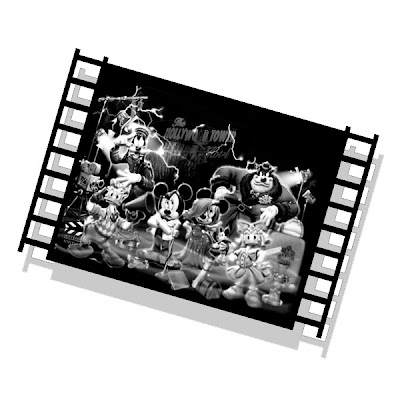 You know, I was in the gift shop last week with a friend showing her all the merchandise and pointing out what worked and what didn't. A little advise to the Mouse... Don't put Pirate merchandise in the Tower of Terror shop. It don't belong...

But while there I glanced at the DVD of that old television movie staring Steve Guttenberg and Kirsten Dunst. The really cheesy one that looks like it could have been an episode of "Goosebumps" or some other mediocre series. But then I stared at those "Dead Men Tell No Tells" shirts and I wondered what would happen if they treated this with the seriousness that they gave Pirates as a film. A scary, theatrical film.

Well, the guys over at Bloody Disgusting are saying they're hearing a rumor that Disney plans on making an actual theatrical version of this attraction. Now I haven't heard anything to validate this, but I can tell you if they were to get a good script with a strong story and then attach a director and cast to match I wouldn't be opposed. What about having Michael Dougherty write the script? He did an awesome job with his film "Trick R' Treat." Heck, what about Gore Verbinski to direct it? He did "The Ring" and did a great job I thought...

Of course, they also mention that the rights are being negotiated right now... And I had to ask: "What rights?" They own it. Then I remembered the "Twilight Zone" subtitle. I think Disney could do it fine without that element. They did it at Tokyo DisneySEA and it worked out great. I see no reason to have to tie Rod Serling to this film should this rumor turn out to be true. Were the Mouse to squander money on getting the rights to use that name it'd be a bizarre waste.

Something right out of the Twilight Zone...
Posted by Honor Hunter at 3:54 PM

Why not Joe Dante? He directed the preshow video

i totally agree they need to treat with seriousness. i believe they should do the same with the haunted mansion i never saw the eddie murphy disaster version. i really feel like us disney folk would come out for worthy theatrical versions of these classic rides.

It could possibly be a good movie but I don't want one.

And why? Because the ride/story is so architecture based. Let me explain:

"This event happened here in this building." I would expect the hotel in the movie to look exactly like the attraction in the theme park. And since I also want Imagineering to feel free to design different versions of their signature attractions across the globe, I don't want any pressure from the studios/marketing to have the conform to any "movie" version of the tower.

Same problem with the Haunted Mansion movie. Sure it kinda looked like the one from Disneyland, but if it was successful (like, Dead Man's Chest-level successful) then you'd get people around the world wondering why the HM in WDW is Tudor styled. "And what's with Phantom Manor?"

Pirates works because it isn't architecture bound. It's a story that can be told in the basement of a New Orleans city hall, or in a Spanish fortress. The movie makes no "this is the definitive 'Pirates' building" claim.

So, here's to hoping they won't make a Tower of Terror flick.

No way, Honor. I want Rod Serling involved in any theatrical Tower of Terror film. His legacy flavors the ride in WDW in subtle and spectacular ways. And the Twilight Zone connection could be a big draw to sci-fi-loving filmgoers.

It'd be cool if actual footage of Rod could be inserted into the film, enhanced by CGI, perhaps as the Tower's lead phantom? A kindly phantom, willing to help (cryptically, of course) any hapless visitors avoid the Tower's worst terrors. Despite his warnings, of course, the visitors ignore his advice and *bad things happen*. And then Rod could appear to offer a way out.

I have fond memories of the Twilight Zone tv show. Watched it as a kid, and it sometimes scared me but it always intrigued me. Rod Serling was a reassuring presence in the midst of madness. He HAS to have a part in any TOT movie. Can't emphasize that enough.