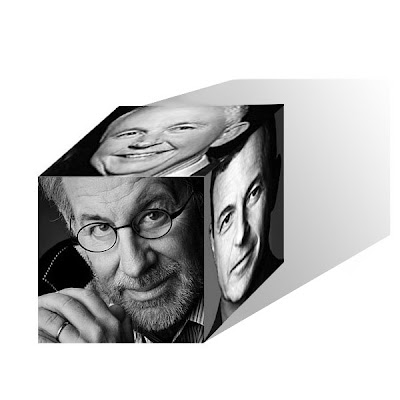 "We are tremendously pleased to join forces with Steven Spielberg, whose artistic vision and commitment to quality filmmaking are legendary. DreamWorks has had a great creative and commercial track record under the leadership of Steven and Stacey Snider and I am delighted they're now associated with Disney."

"Disney is the birthplace of imagination and has always been as close to the worldwide audience as any company ever has. I am so pleased that industry leaders like Bob Iger and Dick Cook reached out to become our distribution partner. This is a major step forward for us and Reliance."

The Mouse and DreamWorks Studios have entered an exclusive long-term distribution agreement. Disney will distribute all live action films by the company(Jeffrey is still stuck with Paramount, for now...). The Walt Disney Studios will distribute and market six DreamWorks film per year starting in 2010.

Now, as to what "long-term" means, is debatable. Days can be like decades in regards to Hollywood relationships, both on-screen and off. My guess is that it's a five/six year deal kind of thing. It'll be interesting to see what the first film of this partnership is and what other surprises develop. Roger Rabbit sequel? Shorts? A Spielberg directed "Lone Ranger" film perhaps?

If they will add the animated movies from Dreamworks to Disney in the future, It will be a dark day in history...

I don't see that happening, as they're different companies, but I wouldn't think it would be a dark day in history either...

Yeah allot of people dont understand that DW Animation is now longer tied with Live action DW studio, its linked with Paramount for now. So it's not part of the deal so people expecting Shrek and Panda to start appearing at the Magic Kingdom are mistaken.

I'd like to know the details of this agrement.. Only distribution? Disney is content with the 8% of the box office and pay hundrends of dollars to make this deal?
That's curious!

It seems that Touchstone and Miramax are safe ...for now at least!

I wonder how Lasseter (the other big boy!!) will handle this situation and if he will confident with it.

I would love a Spielberg's The Lone Ranger (Spielberg that directs Johnny Depp... can you imagine this???)

I was thinking about this just now...
Can you imagine... Spielberg and Zemeckis ... together again!!!
Oh my god!!
I knew that now they aren't in good relationship....
Time will tell!

If it included the animated Dreamworks films too, and Shrek was slated to come to Disneyland, I would jump out an f'ing window.

Don't say that Spokker! Now yer gonna have people wanting them to bring Shrek into the parks...

Yes!
Bring Shrek to the park for a week to get that window jumping thing out of the way. Sounds like a good plan.


Would it be too late to give Spielberg the 20000 Leagues project?

I would think so... It seems to be a done deal with McG. Plus, Spielberg had his own little "Nemo" project a few years ago that didn't happen. But it's quite a bit different from the current project...

'Would it be too late to give Spielberg the 20000 Leagues project?"

Darn! I was wondering the same thing.

Still, this is great news, a match made in heaven. Disney's non-Bruckheimer live action films have been lagging recently, and hopefully Spielberg will round out this division.

P.S. MarkTwain is now the new name of John Silver

Oh...
So now Nina Jacobson will return to Disney...
This is weird...