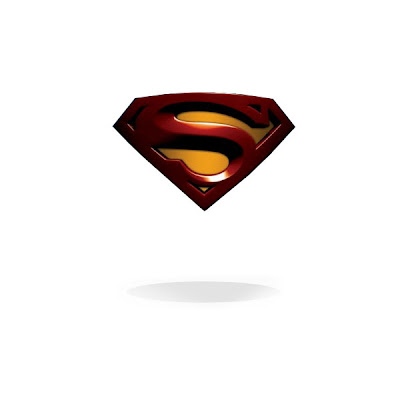 Or is it Superman Reborn?

Non-Disney news, but very interesting pop-culture news for sure...

Rumors are circulating that Brian Singer is out of any new Superman film. Apparently Singer wasn't too keen on going the route the Warner Suits were looking to chart... And the Wachowski Brothers("Bound," "The Matrix," "Speed Racer") have been offered the opportunity to reboot or reload the franchise as a trilogy. They're mulling over the offer as it would conflict with their own planned filming of the Plastic Man script they wrote a decade ago.

I remember having talks with my friends after seeing the first Matrix movie. I told them that essentially Neo was Superman so I can see how their approach might work. After the success of the original film they were offered the chance to take over the Batman franchise and turned it down. While it would have been interesting to see a film of the Dark Knight by the brothers, I'm glad they took a pass. Their own comic book history as well as the type of directors they are would be far more suitable to the Man of Steel. If they can keep their private lives from taking away from this project I think they may be the right team to write and direct this project.

No word has come as to the status of Brandon Routh, but since this sounds like a remake/reboot it's not very likely he's got a future as the Last Kryptonian. Brandon, could I introduce you to George Lazenby... you guys may turn out to have a lot in common.

Superman Returns was a huge disappointment. Weak story, weak villain and worst of all the kid. Singer should have stuck with X-Men so we wouldn't have gotten that Ratner travesty. As much as a reimagining of Superman sounds like it could work, I don't think it could attain the level of believability that Nolan has given The Dark Knight. How could anyone believe that a man could fly? And those red and blue underoos would have to go which purists would decree as un-American. The thing I never liked about Superman was that he's pretty much invincible and incorruptible. If someone can take the mythology and turn it on its head and give him more conflict than Clark Kent/Supes than perhaps I could believe that it might work.

This is DC, not Marvel. That kind of internal conflict is their territory, not the Cape Crusader or Supes.

Besides, I don't think they're going for hyper-realism here. This is the Wachowskis right? It'll be the kind of real you see in The Matrix, which I agree with Honor. Neo really is a version of Superman.

Matrix lost all credibility at the end when Neo turned into Superman and flew out of the phone booth. The Matrix had me until that moment and then the illusion was shattered.

It was a metaphor, not to mention it was him becoming "The One" that they were talking about the entire movie. For you to loose credibility in the film after loving it up to that final moment means you really never thought it had credibility to begin with.

Which makes me question your credibility.

I agree with the General. The worst part of Superman Returns was the story. Another story with Lex Luthor trying to acquire real estate??? There wasn't enough action. The connection with Superman I & II wasn't solid. Although I thought Brandon Routh was perfect as Clark/Supes, Lois Lane was miscast. Kevin Spacey was worse than Gene Hackman as Luthor. I don't know who was the bigger ham. Since when is Lex Luthor a comedic villain?Introducing a alien hybrid child was absolutely the wrong thing to do.

The Wachowski Brothers did an excellent job with the first Matrix. Maybe that was a fluke because the two Matrix sequels were convoluted and lame. I skipped the third one until DVD and it was almost unwatchable. I couldn't even watch Speed Racer all the way through on DVD.

For Superman to be as 'realistic' and powerful as the new Batman films, they would have to definitely do something about the costume. How could anybody be taken seriously wearing red speedos over a blue unitard, red boots and a red cape? But if the costume were to be changed, people would cry blasphemy and reject it. Even though Superman is an alien, he's NOT a boy scout. He can't be THAT good. He was raised on Earth and he's seen how it is and how people are. What makes him so above it all? He would need to grow some cajones. They did have cajones on Krypton, didn't they?

Actually he IS a boy scout. That's what makes him the opposite of Batman. He is the light while Batman is the dark side of justice.

There is no way they'll be able to alter the costume very much. It is what it is. But I have to disagree with you saying people wouldn't take him seriously. If you had someone that had godlike powers around you'd take him serious. Even if he's in a pink tutu.

And also, I DON'T want the gritty realism of The Dark Knight. It works great for a vigilante crime fighter who is human underneath it all, but not for an alien that comes to Earth and is brought up with mid-western American values. That's what makes him "above it all" as you say. He's seen what people are, and what they can be. It's what he aspires to be.. and what he hope others will strive for as well.

I have to agree with Known Bandit on this one...

Any Superman movie needs to be high on spectacle--larger than life. That's what was so disappointing about the Singer version--he was so wrapped up in paying homage to the 70s version, that itself was constrained by the film making limitations of the era in which it was produced.

Superman needs to be epic--huge and dangerous villains such as Brainiac and Doomsday, building crumbling battles, and less worrying about the soap opera romance with Lois Lane.

Agree w/ Known Bandit & Jeff -- Superman has to be full of hope and light and optimism, (while Batman was dark and gritty) and needs to be on a scale of epicness that cannot be done with someone human like Batman. The great thing about Superman is that you can *fun* with him on grandscale proportions w/ aliens and technology and all that crap, which you just can't when you have to stick to gritty realism of Batman.