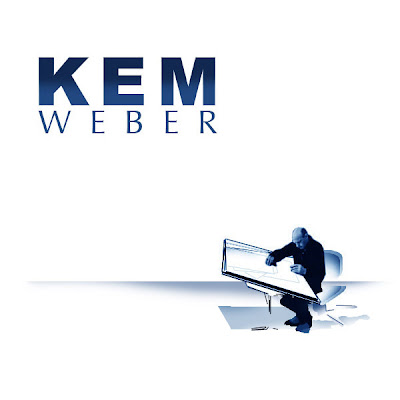 In the market for a new chair or desk? How about one of these... an "airline" chair from designer/architect KEM Weber. The airline chair was made between 1934-35 and was only produced in limited quantities. If you happen to be lucky enough to find one for sale these days you'd better be ready to cough up a pretty penny. They range anywhere from $10-25,00o. Guess who was rather fond of this design and happened to order a few hundred of them for a certain new studio- Mr. Disney himself! 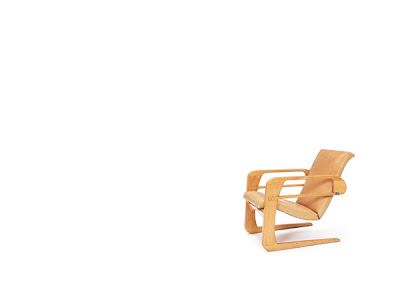 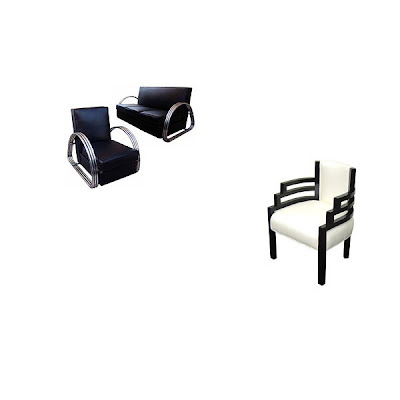 While KEM Weber (KEM being short for his full name Karl Emanuel Martin) was a student in Berlin at the School of Decorative Arts, he became involved in the construction of the German Pavilion at the Brussels World Fair in 1910. After graduating in 1912 KEM again worked for the German government on a display for the San Francisco "Panama Pacific International Exposition" in 1915. KEM was eventually sent to San Francisco to work on the project and was then stranded in the U.S shortly after WWI erupted. He took it as an opportunity and quickly opened his own design studio while also teaching in Santa Barbara. Years later he headed south to Los Angeles as an Art Director for Barker Bros. 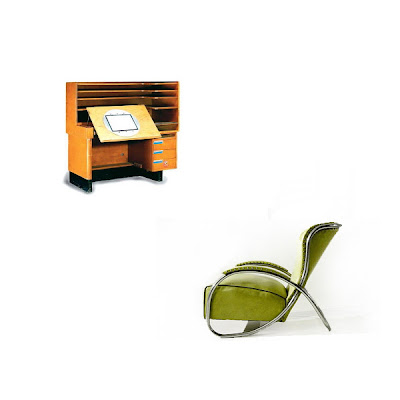 Weber's unique design style of post Art Deco and Modern Streamline designs were bound to catch the eye of Hollywood. And they did. Walt made Weber the principle architect for the Disney Studio in the 1930's (there is a great gallery of his designs for the studio on disc 2 of the Walt Disney Treasures "Behind the Scenes at the Walt Disney Studios") 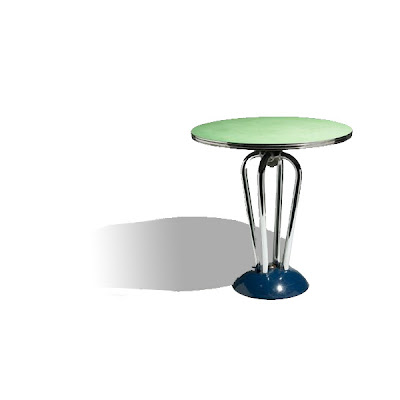 But what a lot of people don't know is that he also designed all the furniture for the animation department as well. There are many aspects and departments in the animation process and Weber designed furniture, most notably desks, for each specific task in the process. There were layout desks, story desks, background desks, animation desks, directors desks, and ink & paint desks. 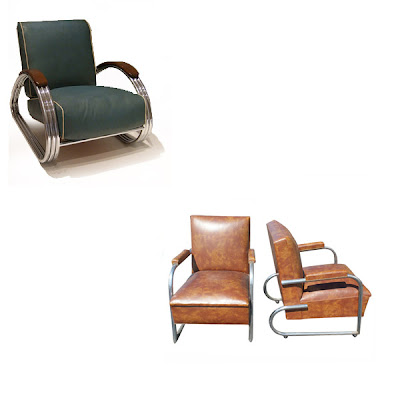 Weber's design influence has almost become iconic with the Disney look of the 1930's. When the new animation building was built in the 90's a second generation of Weber influenced animation desks were ushered in to populate the new digs. There was even a "KEM Weber" font created for all the signage and name plates for the staff. It's no surprise that some of the artistic staff, preferring the authentic, refused to upgrade to the new furniture. With the boom of the "second golden age" of Disney animation some of the staff even negotiated these pieces into their contracts. 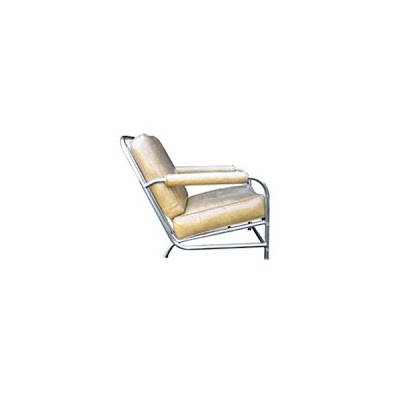 Andreas Deja actually took the time to hunt down a specific Kem Weber animation desk out of hundreds stored in a warehouse in Glendale. What was he looking for? A specific pattern in the wood grain. No seriously he was. He was trying to identify Milt Kahl's old desk from a photo, and after a little searching he found it. 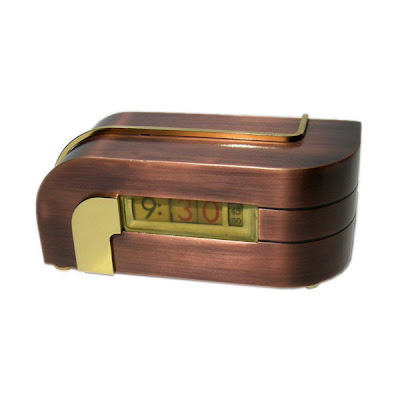 Forget the Bentley's and the Cristal in the fridge. I want to see an MTV animation cribs episode where Andrea's flaunts his KEM Weber/Milt Kahl desk! 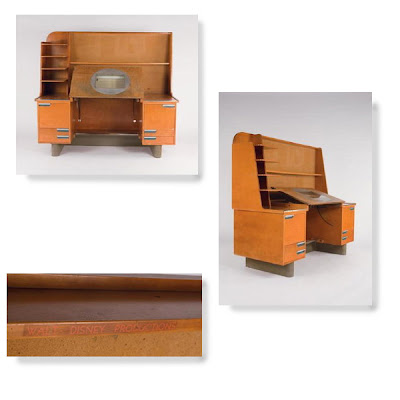 All artwork/pictures are copyright their respective owners.
Posted by Shrunken Ned at 12:22 AM

Drexel Heritage produced a nice line of furniture, some of it inspired by Kem Weber's Burbank studio designs.
http://www.drexelheritage.com/collections/98/walt_disney_signature.aspx

They would look good in any cool streamlined '40s apartment.

What a fntastic collection of funiture. Beautiful designs. Disney was a lucky man to have such a designer.

What is this? Better Homes and Disney Gardens?

What better way to admire your blue sky than from comfy furniture?

Where can I get me some of those swanky cool thangs!

Isn't WDA supposed to be getting new headquarters in a few years?

Think they'll take some swanky furniture with them?

I have an airline chair. It was one of two in our 1942 Harwell H. Harris home, and recommended by Harris along with other Art Moderne furniture. My brother has the other chair, both now upholstered in green naugahyde. The original striped green fabric deteriorated in the late 1940s or early 50s. I just discovered today in my desk a black plastic cover 3-3/4"L x 1-3/4" W x 1" H including 1/16" raised letters, KEM. I inherited it from Mom 11 yrs ago, and just today noticed the letters. I may have covered a box for cigarettes. Mom kept paperclips in it.