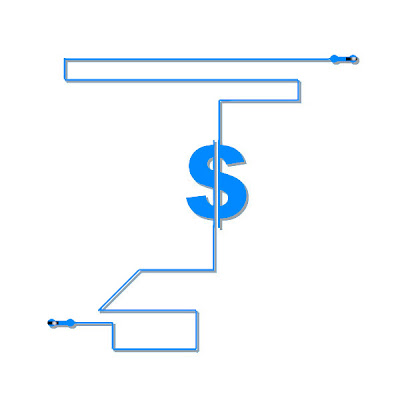 I've heard rumors that the budget of "Tron" was high...

And I'm talking about Tron 2 or TR2N or whatever they finally call it, not the original "Tron" which cost $17 million bucks back in 1982 when that was a decent size budget. But the Vancouver Sun is reporting that the current budget for the picture is a whopping $300 million dollars. Whoa...

I've been expecting it to come in around the $150-$200 million range since that's what most big blockbusters are costing now, but if the that 300 number is correct then this film is getting the type of budget that Pirates of the Caribbean 3: At World's End got and you can expect 2011 to be a huge year for the Mouse. With that much money at stake Disney is going to try and get everything it can out of this project, so I guess those preliminary plans for Tomorrowland may get put on the fast track. Hmmm. I figured this film would be big. After Comic-Con last year I knew it would be Big.

I didn't know it would be that BIG...

Hat Tip to Latino Review's El Guapo.
Posted by Honor Hunter at 12:21 AM

Here's hoping the movie is a success, and if it is, that they don't overdo the cross marketing like they did with Pirates.

The PeopleMover2.0 with Nemo and friends

"Innoventrons" sounds better that the current offerings at Innoventions actually.

Why would they spend $300 million for a movie thats mainly about graphics?

The budget would not translate to theme park rides. They are separate things. Disney would not put in a ride until it is an established hit. And even then, it's just be a simple ride or retheme.

^My suggestions are all rethemes, basically a paint job and a sign change.

Just thought of this one:

Lasseter has talked about wanting to do things with WDI and the films as they open. So this would make sense if they feel it's going to be a hit. Of course, he has to get Bob to approve it.

Tron cycle coaster anyone? there are coasters that are motorcycles, that could be fun...
Anyway, is there anything you can tell us about these plans Honor?

Let's hope Disney will spend that much on DL's Tomorrowland in the near future.

I never saw the original Tron, but if they want tto make this, that's fine with me. I'm just at a loss why Hollywood can't make any original movies, remake after remake or classics or stupid horror films, movies based off of graphic novels, 90% of which none of us ever even heard of, I certainly haven't. The only other mkovies I'm lookign forward to are the Wolfman, looks great as the Mummy, yeah remake but the only good one, True Grit by the Coen's, not a remake, The Lone Ranger, Pirates 4, etc. Everyoen blows budgets out of proportion, I think the only most expensive movie coming out was James Cameron's Avator, with animation, CGI galore, CGI costs a lot, and whatever he may have in it. Speaking of theme park rides, the most expensive films ever made are the ones people least expect, one of them being Back to the Future: the Ride, cool, huh?