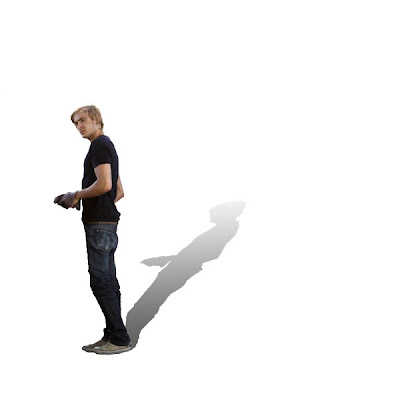 The Los Angeles Times is reporting that Zac Efron has signed on to play Johnny Quest in a film that may not be titled "Johnny Quest" because they don't want the negative experience they got from "Speed Racer" last year. So the Suits think that being considered an adaption of a cartoon to be a negative connotation? Or perhaps they should use that marketing department for what it was worth? Maybe they should get a good script and that would be the first part of the problem. Then there is whoever is the moron responsible for trying to turn Johnny Q. into a seventeen year old. Fire that Suit right now. RIGHT NOW. He doesn't know a thing about pop-culture, comics, cartoons or film for that matter. He needs to be scrapping grime off the floors in bathrooms... that's how much distaste I have for such people.

So go ahead and change the name of the lead character. Change the race of Haji to a native American and turn Race Bannon into a hot woman that protects the lead and is deadly with her hands; both in bed and out. Take his scientist father and make him a novelist who travels the world. Make the villain someone who's trying to get hold of his fathers next unpublished book and plagiarize it. Do all this and more. Take it so fare from JQ that I don't have to watch another mess that bean counters come up with.

And when it comes out, if it's not a success then blame it on the fact it was adapted from a cartoon...
Posted by Honor Hunter at 2:45 PM

Don't mince words Bones, what do you really think? Couldn't agree with you more Honor.

Don't mess with Jonny.
Or the cool theme music.
Thanks for your post!

Sad that originality has gone out the window when it comes to making new movies. Zac Efron is 21 years old for heavens sake!

Because he doesn't want a childhood classic destroyed he's being negative?

You have a strange definition of negative. I guess he can't be critical of anything, he has to be a lemming and happy about everything no matter how bad it is.

Knock off the George Lucas-bashing as well--it's already gotten EXTREMELY old and well beyond annoying around here!!!

I am EXTREMELY old and well beyond annoying and I am the Destroyer of Dreams.