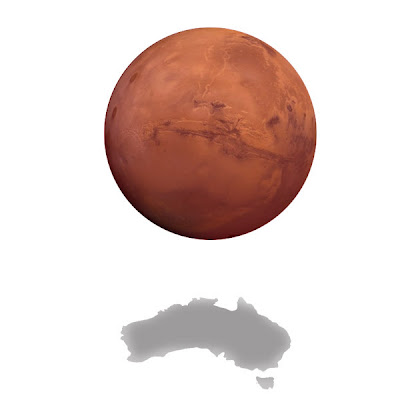 Andrew Stanton's next film is rapidly prepping to shoot...

Time flies, doesn't it? It seems like yesterday(a few years actually), Paramount Pictures was doing a version of "A Princess of Mars" with Robert Rodriguez and then Jon Favreau and before that in the late 80's Jeffrey Katzenberg was planning on going with a John McTiernan version of the same at Disney if they could just get the budget manageable.

These projects would slumber along, never to happen and then ironically, the project wound up at the Mouse again(such are a million simular cases in Hollywood). It appears to have taken forever since we've been reporting on Stanton and the Mouse dancing with the project over the past two years. The involvement of John Lasseter has added the appropriate weight behind the project to get it greenlit. And with the credibility of his name behind this action-adventure film, shooting could begin next year...

Moviehole broke the story about the 20K prequel filming in Oz. Their spy now reveals that Disney is also scouting locations for "John Carter of Mars" there in 2010.

And it seemed like only yesterday it was so far off...
Posted by Honor Hunter at 12:08 AM

Oooh. That sounds good. This is a film I'm very interested to see. Hope it gets going!

I know that some people thought Wall-E was overrated, but I really thoguht it deserved all the praise it received. I for one can't wait for this to be released.

Curious though, that you didn't mention Kerry Conran or Jon Favreau in your list of directors who have been attached to the film. I would've really liked to see Conran's take on the material, but I think Stanton is even better suited to the project.