The Most Popular Disney Character In Tokyo... 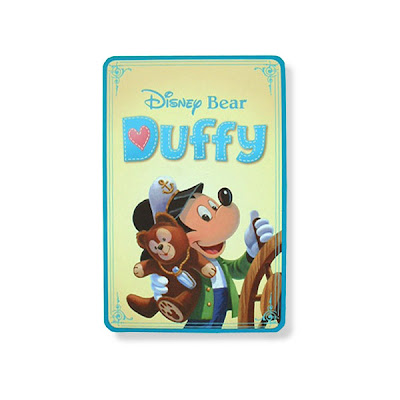 Think Mickey Mouse is the most famous character at the Tokyo DisneySEA park? You'd be wrong. That little teddy bear that he's holding up just happens to be the most popular character among the Japanese. 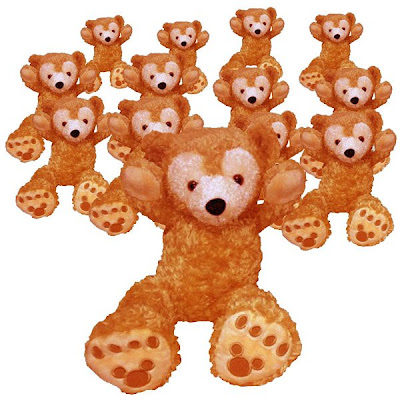 Created originally for the Walt Disney Resort as "The Disney Bear," he's now known as Duffy at the Tokyo Resort. Duffy has evolved into sort of a cultural phenomenon there. He's even got his own website on the the Tokyo Disney Resort's site. His meet and greets are where you see long lines of Japanese fans gathered just to snap a picture with him. And is the case, they've developed a back story for him. Remember, everything should have a back story at Disney. This is something the Suits forgot when building parts of DCA(Maliboomer, anyone). 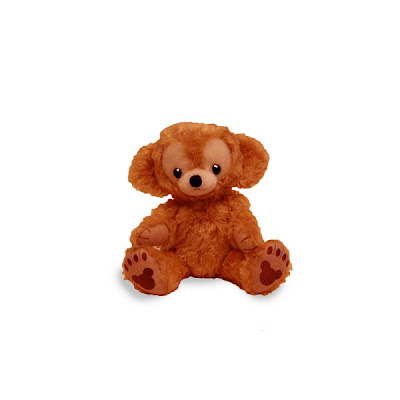 Anyway, back to the back story. It appears that since this is Tokyo Disney"Sea" and everything is related to the ocean, exploration and such, Mickey was headed out to sea. The night before he goes, Minnie gave him a teddy bear as a gift of companionship. Duffy is a bear of magic and great luck and spread happiness and cheer throughout Tokyo DisneySEA.

Next time you get to TDS(you lucky bum), why don't you pick up one of these plush teddies, or a Duffy outfit, or a key chain or a...

Well, at least get in line to have a picture taken with him.
Posted by Honor Hunter at 12:42 AM

At DisneySea everything is related to the ocean, except the upcoming Toy Story Midway Mania.

Anyway, cute teddy. With the right audience, it's possible to skip making a film or TV show, and go straight to making a plush character, and still be successful.

The guests are probably just stunned, because it's such a beautiful park.

So Indiana Jones is related to the ocean? Was Aladdin anywhere near the ocean in that film? Things can be stretched to fit anywhere and we don't exactly know what changes will come to Mania for the Cape Cod area yet. Let's wait and see first.

As soon as I hit this page and glanced at the topic, I immediately went on the virtual hunt for one of these things...

No avail... looks like I'm going to have to try harder to find an online venue for the Duffy Stuffies.

Meanwhile... WDW has discontinued all Disney Bears... It's a world gone mad I tell you. MAD!

Get in line to take a picture with him? Have you seen the lines for characters in Japan? Holy cow. They're almost as long as the line for the curry popcorn in Adventureland! haha

duffy is cute i got two word new park at tokyo disney resort that is still wating . for duffy dont know is coming to wdw.

"At DisneySea everything is related to the ocean"

I disagree, the theme is actually Adventure and exploration, the SEA part has more to do with the setting/play on the phrase "Disney-Land"

u sure disney has discontinued all disney bears?

do they still have them at WDW??

Gee I witnessed those lines, especially during christmas. You get a picture with Both Duffy and Santa... Let me tell you Duffy is more popular than the white bearded man..

So because they own the parks can I assume the OLC owns the rights to Duffy?