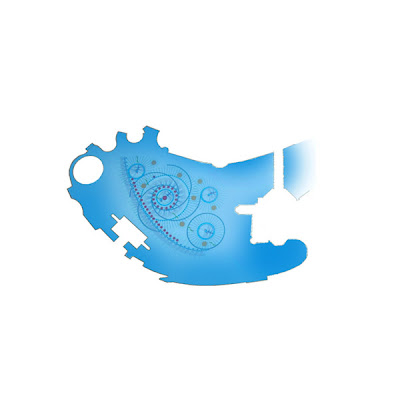 I happened to have seen a "World of Color" presentation the other day and I can tell you that when this show premieres next spring it will make a trip to DCA a much greater, more rewarding experience. Until now, I've only seen a few bits and pieces, not the entire(well most) of the staging.

It was fantastic. Oh, and for those of you waiting for Fantasmic!'s New Dragon to appear later this year. It looks pretty swanky. Much more detailed and representational of a fiery beast than the original. Fans will not want to miss the introduction of this new addition. Or "lavish enhancement" would be better words.

Those that are wondering what Tinkerbell will look like on her new float leading the Electrical Parade should take a page out of the Bug's Life float from the Pixar Play Parade. It's filled with large strands of grass and has a ball type balloon structure made out of leaves that Tink will be inside. The other fairies will be dancing around her outside as she waves at the crowds.

Also, The Little Mermaid has started preliminary construction on the attraction that will debut in summer 2011. Expect to see walls go up shortly and the building to start coming down.

Lastly, there have been rumors that Iger is getting worried John Lasseter is spreading himself too thin and hanging out in the parks too much. While it's true that John has been spending a good deal of time focusing on the theme park side of things, I don't think he's at a point where he can't handle it. When "Up" comes out, if the box office is in the normal Pixar range I don't think anything will be said about it. Now, if the film turns out to be a disappointment then those whispers could get louder and Iger may want to schedule a meeting with him.

Let's make sure that doesn't happen come May when the Lamp's new film debuts...
Posted by Honor Hunter at 12:02 AM

The Parks need help, I'm sure a lot of the attention is welcome. As for Pixar, there is a lot of talent in that studio, they'll manage.

Still, one man can't do everything. When Walt started focusing on the Parks, the films suffered. I would think that Bolt's less than Pixar performance and Monsters and Alien's great opening weekend are fueling some of the worry.

Bolt's and MvA's performance had nothing to do with John's availability. Take a look at the Rotten Tomatoes numbers:

It probably had more to do with the fact that MvA had commercials for its Super Bowl commercial while you had to actively hunt to find a Bolt commercial.

Seems like there's plenty of passion to keep JL's muti-tasking on track. And you're right, Honor, "Up" will squelch any second guessing. Keep "up" the great posts!

How on earth are u able to see presentations of this show? Are you press or do people send u video clips they filmed or what? I want in XD

MvA had aggressive marketing behind it, and Bolt was bitten by Vampires on it's opening weekend. Up will do great, and the rest of the upcoming slate looks very strong.

This new night time show in the lagoon looks like a major attraction. It will compete with the old Fantasmic show, plus it will have a much better viewing area.

If Bob is ticked off at John for spending too much time in the parks, it's most likely because John is making Jay and his team look bad. John has plenty of criticism (and rightfully so) for the poor performance Jay's minions are turning in, especially at WDW. The parks continue to decline and Fanboy Lasseter is none too pleased. Jay doesn't care if quality goes out the window or if 1900 cast members are terminated, as long as the bottom line stays pumped up enough to give him that bonus at the end of fiscal.

Rasulo doesn't get it but Lasseter does. And that's gotta smart for Rasulo.

I wish I could meet John and as a former Cast Member tell him I would be more than happy to help him watch the parks and enable him to keep grounded in both areas especially if he would tell me what he would like to see. Honor well done on getting the ins and outs to share with us. I am glad I found you through Screamscape and hope to one day meet you.

So Honor, I'm wondering if you're suggesting that the show layout in your picture is the one they're going with? I've always preferred that one over the other than can also be found in the Cellar, it seems like there's so much more variety in it.

after watching the first 45 minutes of "Up" i can safely say that there is no way that it will be a disappointment. it is hilarious

I don't get why they will have one show per day and the only showing at the end of the day. It doesn't make sense.

They should have two shows per day like Fantasmic. Disneyland also has the fireworks show. DCA needs much more outdoor entertainment.

Trust me. Once a night will make a lot of people want to come back and see it.

This is not a case of the Mouse being cheap...