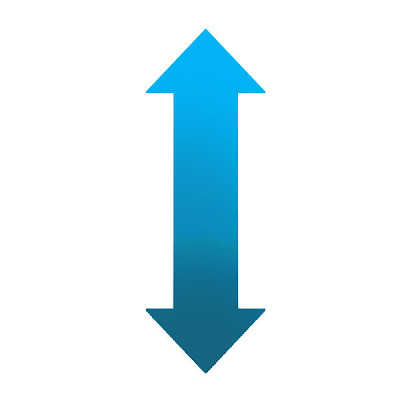 If you start showing up at DCA over the next few weeks you are going to finally see noticeable change...

After over a year the new pier will opening up to give guest a look at a much more detailed section of the evolving Victorian shoreline that Paradise Pier will become between now and 2011. Then later this year the rest of the boardwalk where the stores are will go down and transform into the same stylings as games near the Midway Mania attraction. The Maliboomer dismantling that was originally proposed, then abandoned, then postponed is now on again and the area will become a meet-and-greet location for guest and characters. The trees, benches and shading should serves as quite a contrast to the cold steel and themeless environment of this horrible import from Knotts/Six Flaggs.

Across the pier we should soon start seeing The Little Mermaid attraction begin to take shape and form surprisingly fast. By the Holiday season you'll be able to get a very clear idea of the detail and size of this new experience.

Around the same time, expect to see a mass of steel heading skyward over in the new Carsland area. This collection of metal and concrete will begin to take form and slowly become the primary focus of the park. It will be the white elephant in the room. You won't be able to avoid. And each day, week, month there will be some new detail to watch come into play.

As the seasons change and the year winds down you can expect to see one half of front entrance go down and then back up again as it's rebuilt to the past. The focus on the late 20's/early 30's will start to transform the entrance into something uniquely Disney and not look like something that was transported from The Block.

After all these years of hearing about expansion, construction and change the largest part of it will begin to happen this year. Next year will be even more chaotic with all the construction, but it will also bring a great deal of excitement. It's as if we're getting a whole new park. A park worthy of being across the Esplanade.

These changes are such a relief. "The Block" is a great description for the themeless rag of a park DCA seems to be - unimaginative and thus very Un-Disney. The Victorian touches and 20/30s' overtones for the boardwalk are pitch perfect, bringing in the classic detail I absolutely love to immerse myself in when I walk down Main Street and around New Orleans Square in the main park. I'm sincerely excited about the changes comes to DCA.

I can't wait to see the new front entrance. It's great to see this park finally start to look like a Disney park and be worthy of having the name on it.

While fine for a flashy outdoors mall... it's not for a Disney themepark.

I hate the new front entrance design. It's too much like the east coast version. DCA needs it's own identity and not clone the design.

DCA is really starting to shape up. I'm actually looking forward to seeing the entire park, not just the bits and pieces that were designed well, next time I go!

I was at the park today and saw the vertical construction for The Little Mermaid ride. Very exciting to see.

Also, even though the walls were still up around Paradise Park, I heard the new area music. Sounds great!

And I'm so glad to hear that the store facades will get worked on later this year. I was beginning to worry that they decided to forget about them.
Once the store facades are done, the midway area will finally be complete and will look great!

Honor, at the risk of sounding cliche and mushy, thank you so much for these park updates over the years. I've been following your blog for a long time.
I'm sure I speak for a lot of people when I say that I'm very excited about these changes to DCA.

Yes, its a real shame that the park did not open fully mature like Tokyo Disneysea, but better late than never.

I know that it must be hard sometimes with all the drama that often occurs in the comments, and the barbs that are occasionally slung in your direction, but thanks for the blog and your cautiously optimistic outlook on Disney.

The Internet is often full of junk, so thanks for making a blog that is worth reading.

"I hate the new front entrance design. It's too much like the east coast version. DCA needs it's own identity and not clone the design."

It may be the same, but its a perfect fit for California Adventure, because its modeled after the architecture of California's Pan Pacific Auditorium.

I'm glad that they are currently back to the original plan of removing the Maliboomer.

Sure, its a fun ride, but if people want a similar experience they can go to Knott's Berry Farm.

Yesterday I was at the park and the new Paradise Park area was open...Well, most of it anyway.

Its looks very classy, and I again, I love the area music.

I am disappointed to hear the Maliboomer is being dismantled - as one who does not do well one the rides that go in circles - its really unfortunate that there are 2 such rides side by side in DCA and the more unique maliboomer is being removed - why not re-theme as the orange stinger was (it still goes round and round!)

"...and the more unique maliboomer is being removed."

Its not so bad. There is still the Tower of Terror in DCA, which is a very similar ride.