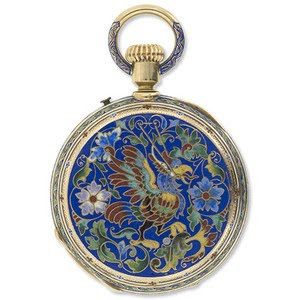 Into the future...
If you've been to DCA this week you've gotten to experience the newly opened Paradise Park...

I've heard several people refer to it as lovely 20's theming. Now, as I'm an architectural lover and I know the Imagineers perchance for detail, I must correct.

Let me illuminate for you.

Those that tell you the pier looks the way it would have looked when the company's founder first arrived are wrong. The new front entrance will be late 20's/early 30's. A style known as Spanish Revival. The Hollywoodland section, will be themed more "Golden Age" to the mid 30's/late 30's that is known for its Art Deco Stylings (of note, the Disney Cruise Line's ships are designed in different styles, one Art Deco, the other Art Nouveau).

So the pier, which WDI describes as a "Turn of the Century" park would be considered Victorian/Edwardian, but not twenties. This would fall in line with the Arts and Crafts period themed Grand Californian which was popular around the same time (modeled after the Gamble House). Technical, eh? So, if you want to describe the feeling, music and atmosphere to someone when walking though the area, Mictorian turn of the century is the broadest, most accurate words to use. Not, the 1920's.

Remember, timing is everything...
Posted by Honor Hunter at 5:08 AM

I appreciate your points, Honor. However, just because the architecture is Victorian/Edwardian doesn't mean the time period isn't the 1920's.

In many ways, being in a particular decade means being surrounded by things (architecture especially) from the prior decade (or even earlier).

Case in point, Mad Men, this quinessential 60's period piece has a lot of "used" 50's elements in them.

Paradise Park looks great, and I'm looking forward to the midway store facades getting a makeover.

And of course, I can't wait for World of Color.

I'd guess it's a mash of styles, but fits with the pseudo-Victorian retro stuff we see built around the country today, with a dash of Arts and Crafts to keep it playful. The fence in particular is much too plain to be Victorian, though.

I kind of wish we had in the park and Little Mermaid building some kind of grandiose Beaux-Arts monstrosity, perhaps disguised as a San Francisco 1915 Pan-Pacific Exhibition theme (the Palace of Fine Arts rotunda is already there), though only because I don't think there has been a good Beaux-Arts pile built in a while.

I agree with BC Morris. A number of things about the design seem to point to the setting being late 20's to early 30's. Setting it at the turn of the century wouldn't make sense. Most of California's big piers were first built after the turn of century, and certainly weren't really big like their east coast cousins until later. Most of the big coasters like Screamin' were built in the teens and 20's.

The piers in California often immitated a variety of architectural styles from many eras, including ones popular during the Victorian era, but years after the era itself. The Neo-classicism that is being employed in the new Little Mermaid largely harkens back to the 1915 San Francisco World's Exhibition. They have also blended in elements from the Dance Hall at Frasier's Million Dollar Pier in Venice. Both of which are from after the "turn of the century."

Additionally the Disney characters do not fit into a turn of the century environment. Mickey is very much a product of his time and has an aesthetic that would not have been popular until the 20's. The whole fun wheel look they finally went with feels much more 20's then turn of the century to me. Goofy's Sky School is also going to employ a kind of barnstormer theme that would also place it after WWI. How could they already have a roller coaster themed to planes when they were just invented?

If you want anymore proof that it's Victorian then listen to the music. It's a variation of Ragtime. That is a spectrum of music popular between 1897 and 1918. This is right on the tail end of the Victorian Era through the the Edwardian Era and starting to lose popularity as World War 2 draws to a close.

The music of the 1920's was way different, less reserved and rebellious. After going through the horror of The War To End All Wars, the youth of the Twenties wanted to enjoy themselves and the music reflected it. Honor is right about this.

Nathan, I agree that the music of the speakeasys was wild and rebellious jazz, but that was the cutting edge stuff. There was another world of more mainstream popular music in the 1920's that was still very rag influenced.

Just listen to the music of Chaplin, Keaton and early Little Rascals films.

There is a lot of evidence to suggest the date of the pier is around the release of Steamboat Willie, 1928. There are even newspapers in the themed news stand near Midway Mania dated November 1928. I'm very curious to know if this is something that someone from WDI said or if this is just Honor's opinion, because it really doesn't makes sense. There is a lot about the pier that seems after the turn of the century.

Yeah, this is the 1920's, if by that you want to say that you're currently living in a condo built in the 80's makes it contemporary architecture.

The design of the place and the music clearly put it in the first decade of the Twentieth century, not the Twenties. This area is no more 20's that Main Street USA is. For some reason people are stuck on calling it that. If you want that time period then you'll get it when the front entrance opens up in a little more than a year. But areas of the park weren't supposed to all have the same period. They are different periods. From the front entrance, Hollywoodland, the Golden State area, Paradise Pier, Carsland, they're all reflective of different times in California.

I think 1928 is about right. The California boardwalks were built after the "Victorian era", yet they pursued the style:
Santa Cruz Beach Boardwalk - 1907
Santa Monica Pier (Pleasure Pier) - 1916
Venice Amusement Pier - 1921
Santa Cruz was actively expanding up to the depression (The Giant Dipper was built in 1924), but style-wise, Santa Cruz aimed to be the Coney Island of West Coast, thus the "theming" with the still-popular victorian architecture.

But Conscientious, how do you explain the Nov 1928 publications in the newsstand? I'd say that makes it an open and shut case that we're supposed to be in the twenties.

Honor's original point about the architecture is still valid. This isn't twenties architecture being built. But that doesn't mean we aren't supposed to be in 1928.

Now I suppose WDI may try to go for some sort of progression of time periods (Mermaid is 1890-ish, Garden Grill area is 1910-ish, Screamin is 1930-ish). I mean, that sort of progression can be found in Adventureland and Frontierland, etc. So I'm not being a theme nazi about it. I'm just saying the newsstand is pretty strong evidence about the 1920's.

I'll just say this, WDI plans on giving each area it's own unique time period in California history and the late 20's are already taking up space in the front entrance...

I can't wait until the midway store facades are worked on.