Pay No Attention To That Man Behind The Curtain... 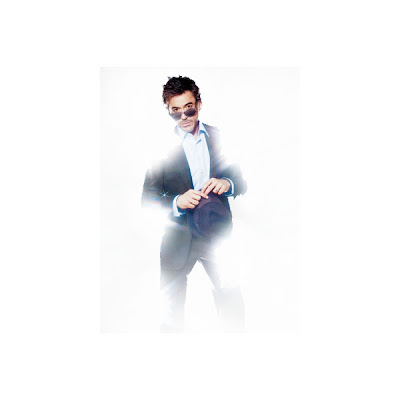 The life of Robert Downey Jr. is one of praise, promise and tragedy...

This was one of the reasons that he was so right to play the role of Tony Stark. He was inspired casting that made a film about Sherlock Holmes a huge money juggernaut. And if he accepts the role of the man who was a charlatan from Kansas that winds up becoming the ruler of the Emerald City of Oz... the Wizard? That's brilliant. Really.

For those that don't know, Downey Jr. is being courted to play the lead in the Mitchell Kapner scripted/Joe Roth produced "Oz, The Great and Powerful," which will likely be made by Disney. Perhaps it could be announced at Rich Ross' big public event tomorrow?

Word is that Sam Mendes and Adam Shankman are up for the role of director. Each one would offer a much different tone in terms of interpretation of the material. Mendes seems to be the one that would have a feeling akin to "Something Wicked This Way Comes." Shankman with his "Hairspray" credentials would provide a much lighter tone. Me? I would tend to go the Mendes route and word is that he is the producers first choice for the job. Interesting times down the Yellow Brick Road, huh?

This would make the Mouse's first travels down that road since "Return to Oz," I believe. Strangely, Disney has owned the rights to all of L. Frank Braum's series of books, except for "The Wizard of Oz." And now they could/would create a story that is a prequel to that book? Now, I don't know if they still have those rights or if they've expired, but they did own them through the Eighties. I don't know if Eisner made another mistake by getting rid of them like he did "The Lone Ranger." Properties such as this should be held on to. Of course, let's hope that Sony doesn't follow my advice with "Spider-Man" or Iger will never get to make a film under one of Disney's labels.

Hmmm... This is obviously a response to Wicked's success, but is yet another adaption of the Oz stories going to be accepted? Just because people like Wicked (and are desperately waiting for a film version) doesn't mean they will enjoy any Oz film that comes along. Any new film is going to have to fight with the 1939 film's reputation and that's going to be very tough to do.

The oz stories are out of copyright. Anyone can use them.

What is up with all these OZ projects? WB already has two in development (http://latimesblogs.latimes.com/movies/2010/03/wizard-of-oz-remake-new-dorothy.html) and I believe Universal is adapting Wicked.

I think Disney's last venture into Oz was with the Muppets ?

All of Baum's original books are in the public domain at this time, but I don't believe Disney ever had the movie rights to all but the first, but 11 of the 14 total. That's what Return to Oz was based of. In fact, Maguire's Wicked was based purely off of both MGM's film and Disney's Return to Oz.

This also isn't Disney's first attempt at a prequel as they had optioned the rights to American McGee's Oz years ago, but that project died (the video game that is).

It would be really, really unwise not to let Sam Mendes direct the movie... If someone like him is interested in doing it, you should let him...

I only hope that they don't repeat the NARNIA mistake (letting Andrew Adamson do it...). Well, at least they now know what they'll get: a potential 7 movie franchise stopping at the second one...

Narnia made 750 million one of the top movies of all time. Prince Caspian (Narnia 2) made 420 million. The 3rd Narnia movie comes out this Christmas in 3-D. Disney dropped Narnia not for box office reasons but for outside & inside secularists protests about the Christian messages of the Narnia stories.

"Disney dropped Narnia not for box office reasons but for outside & inside secularists protests about the Christian messages of the Narnia stories."

The rising cost of the production versus the return of investment were the reasons for letting their deal with Walden expire.

Money was the reason.

“Narnia made 750 million one of the top movies of all time. Prince Caspian (Narnia 2) made 420 million. The 3rd Narnia movie comes out this Christmas in 3-D. Disney dropped Narnia not for box office reasons but for outside & inside secularists protests about the Christian messages of the Narnia stories.”


First, while Narnia made a lot of money, it was NOT anywhere near a “top movie of all time”. It’s initial success was ENTIRELY due to the overhyping of the film by religious organizations. The fact that it’s box office dropped almost 50% for the second one indicated the even the religious realized that the quality of the film was not up to the hype.

In strictly quality and content terms, Narnia was only a fair sci-fi/fantasy offering at best. The constant attempts to compare it to the Lord of the Rings or Harry Potter was foolish, and true sci-fi/fantasy fans could see right off that it came nowhere near their level of story or production quality.