Should You Choose To Except This Assignment... 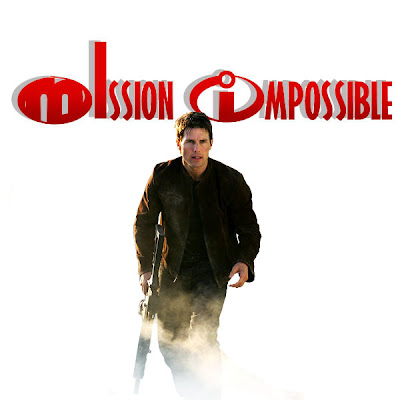 Brad Bird is a frickin' genius...

I have loved everything he has done. From "The Simpsons" to "Family Dog" to "The Iron Giant" to The Incredibles" to "Ratatouille." Everything he's done is great, well crafted and extremely entertaining. And I was looking forward to him directing his first live-action film, "1906" for 2011/12. But we broke (hear that Hollywood Reporter?) the news that the Suits over at Warner were nervous handing a guy that had never done live action such a large budget production and had gotten cold feet.

And then the news came last month about him being up for the fourth "Mission Impossible" film starring Jerry Maguire. Surprising but not unpleasant news, I must say. I was underwhelmed by the first two of the films, but actually loved J.J. Abrams take on the series. I would think that this third sequel would be my most anticipated were the director to be named Bird. And now that may happen. It's all a matter of money right now. And in Hollywood, that's the bottom line. He and the studio will have to reach an agreement soon because they want the sequel out Memorial Day, 2011. Ok Paramount operatives, hire the Bird and this difficult mission will commence immediately.

Hat Tip to Vulture via /Film.
Posted by Honor Hunter at 10:03 PM

Buh. This is not how I want Mr. Bird spending his time.

I get why this is helpful for him career-wise, but I still don't like it. His last two films were critically acclaimed Oscar winners. He doesn't need to take scraps from JJ Abrams' table to make a fourth film in a franchise that has already kinda run it's course. I thought M:I3 was great, but it didn't do that well at the box office and Cruise is not the star he used to be. Besides, if Bird wants to work in this genre he should just do an Incredibles sequel. I think we'd all rather see that anyway.

how about instead of a tired franchise and a tired "celebrity" (tired = we tired of them), he does something original (doesn't have to be super big budget), that becomes a surprise sleeper hit.

I stopped caring about this franchise when they threw Peter Graves' character under the proverbial bus as the first film's villain.

Of all the franchises that need a "reboot" (Hollywood's latest favorite term), why not this one?

Bird is an unknown for live action. Studios are uber paranoid about giving him big bucks for productions outside of animation.

If the fourth installment of M:I is the only baptism acceptable to the live action producers, so be it. Put Bird under J.J.'s wing for a spell and give him the experience the witless studio execs are demanding. Then Bird can pitch original story material for live action and get it.

And who knows? Bird's take on M:I might just prove to be the best one yet.